Please note: You are now making an order on behalf of a user.
Home > Marine Fish > Humped Batfish 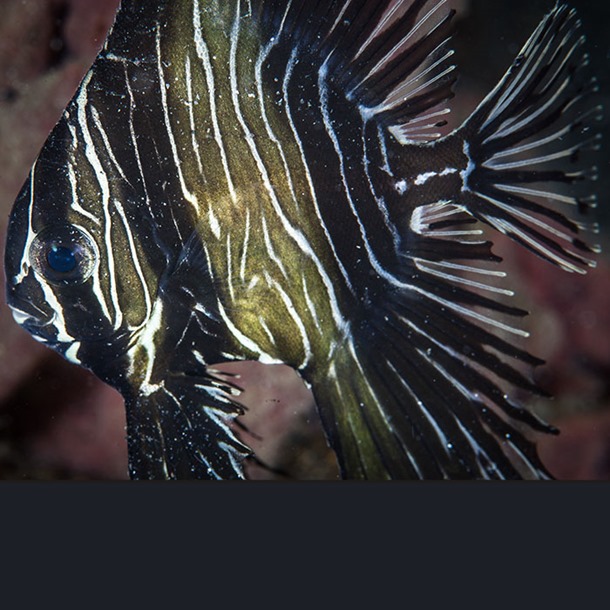 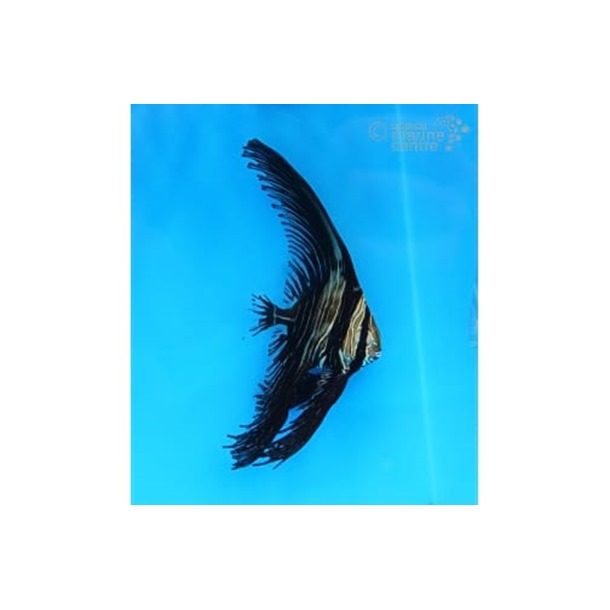 All of our livestock are only available for collection
Product Code: RNC-00473 Available To Order
Share it

Reward Points
You will earn 122 Points
Select option:
This Product is Available For Pre-order!

Humped Batfish also known as the Humpback Batfish or Marble Batfish are found around Malaysia and Eastern Australia.

The Humped Batfishis a very large batfish, which is only suitable for the largest aquarium. As juveniles they've a lot of vertical white stripes on a black body and long fins with filaments Although very extravagant looking, this is actually meant as camouflage and blends very well with the crinoids they're associated with in the wild. As they mature (and move to deeper waters) they become mostly silvery with a few broad dark vertical bands and some yellow in the fins.

Compared to the other Batfish species they are more elongated and have a hump above their mouth. In nature they're usually solitary but sometimes live in groups.

Adults are usually found on deep, open substrates with sparse reef or some coral heads. A solitary species, but occasionally found in pairs or small groups at depths pf about 20m or more. Small juveniles also occur in deep water and the zebra pattern serves well as camouflage when sheltering with crinoids. The striped pattern is replaced when crinoids are outgrown.  Large individuals become more elongate than other batfishes and develop a hump on the forehead.