Please note: You are now making an order on behalf of a user.
Home > Marine Fish > Jack Knife Drum 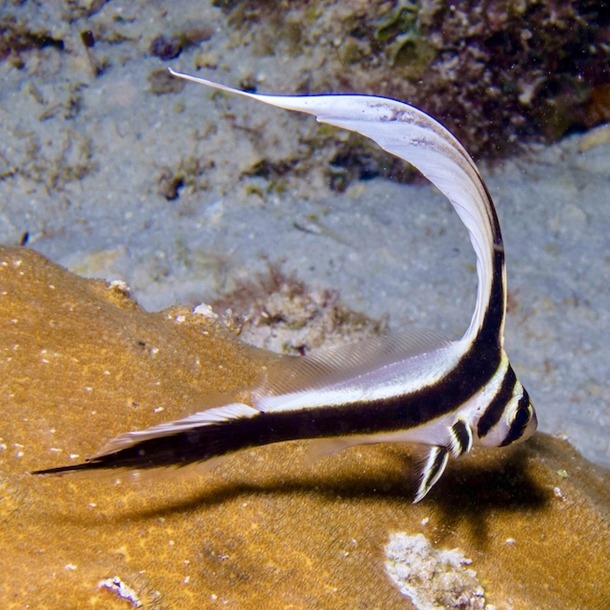 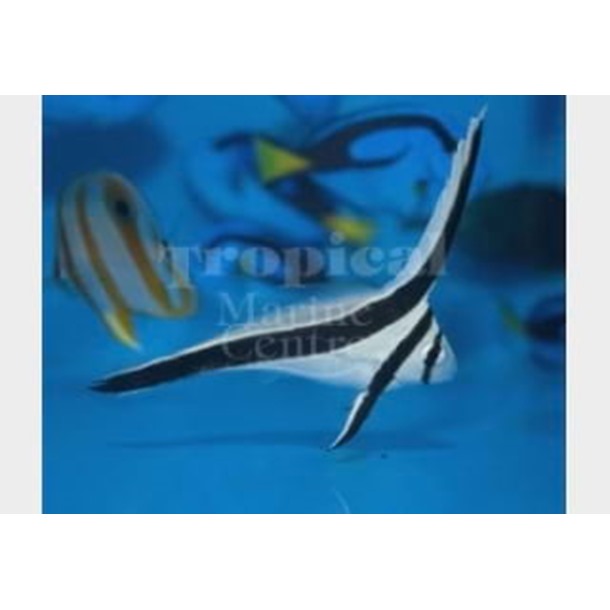 All of our livestock are only available for collection
Product Code: RNC-00760  Available To Order
Share it

Reward Points
You will earn 69 Points
Select option:
This Product is Available For Pre-order!

Jack Knife Drum also known as the Jackknife are found from Bermuda to Brazil and the Gulf of Mexico.

The Jackknife Drum has an interestingly shaped fish, with long dorsal and caudal fins. The formation of these two fins resemble a Jackknife, hence its common name. These fish are silver in color with a black barred pattern.

They may eat smaller fish species and invertebrates but will not harm corals, they are a wonderful fish for a saltwater fish only aquarium.

It requires a peaceful aquarium with a sandy bottom, and abundant amounts of live rock for both hiding places, and a supplemental food source. If incorporating more than one into the aquarium, be sure to add them at the same time to reduce the chances of aggression. It tends to hide during the acclimation process to the new aquarium until it feels secure.

This species may consume crustaceans and other motile invertebrates in the reef aquariums. Regular meals consisting of a variety of live items such as black worms and brine shrimp and prepared meaty foods should bring it out of hiding. The Jackknife fish will comb the sandy bottom looking for worms, crustaceans, and small fish if it is hungry. It may even eat the occasional fireworm.