Please note: You are now making an order on behalf of a user.
Home > Marine Fish > Japanese Dwarf Angel Fish 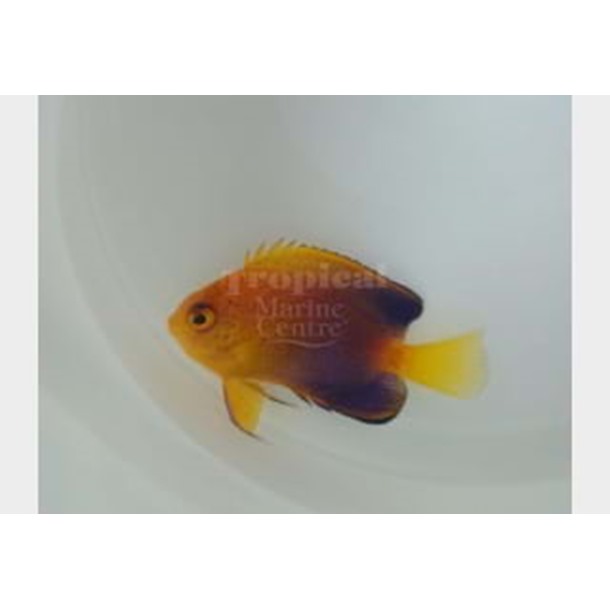 All of our livestock are only available for collection
Product Code: RNC-00464 Available To Order
Share it

Reward Points
You will earn 4848 Points
Select option:
This Product is Available For Pre-order!

The Japanese angelfish, is one of the larger and rarer dwarf angelfishes. They've the typical Centropyge body shape, with a yellow to orange, or even pinkish-orange, base colour on the front half and deep blue back half.

Some fish only have the lower half and rear of the dorsal fin blue. Over this base colour lie countless small electric blue spots which vary in size per individual. Juveniles have a black spot with blue outline in the rear end of the dorsal fin. Finished with a yellow caudal fin, this is one of the most beautiful dwarf angelfishes.

Like all other angelfish it's hermphroditic and the most dominant fish will turn into a male when there is no other male around. These fish are quite shy (in nature and in an aquarium) so try not to combine them with dominant, large or very active fish and make sure ample hiding spots are available.

Most of them do seem to show mainly interest in algae and don’t seem to do damage to corals. But they might pick on certain corals more than the coral likes. Keeping them well fed seems to reduce the risk.

They should be fed a proper varied diet of algae and chopped meaty foods.

This species is sensitive to copper-based medications.