Please note: You are now making an order on behalf of a user.
Home > Marine Fish > Japanese Lyretail Angel Fish 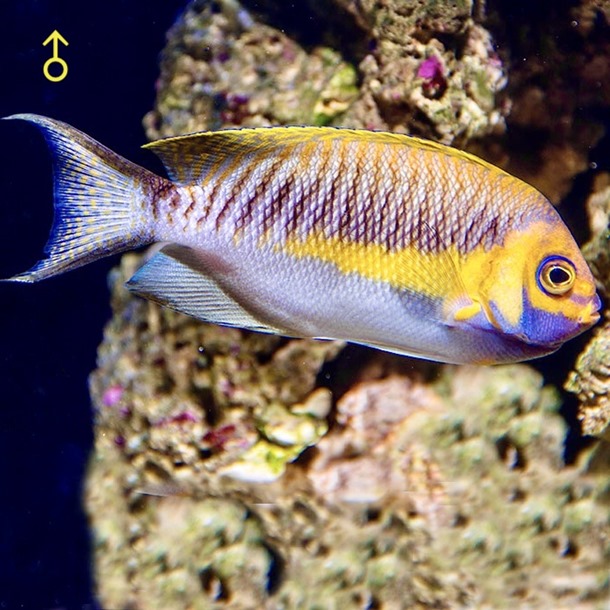 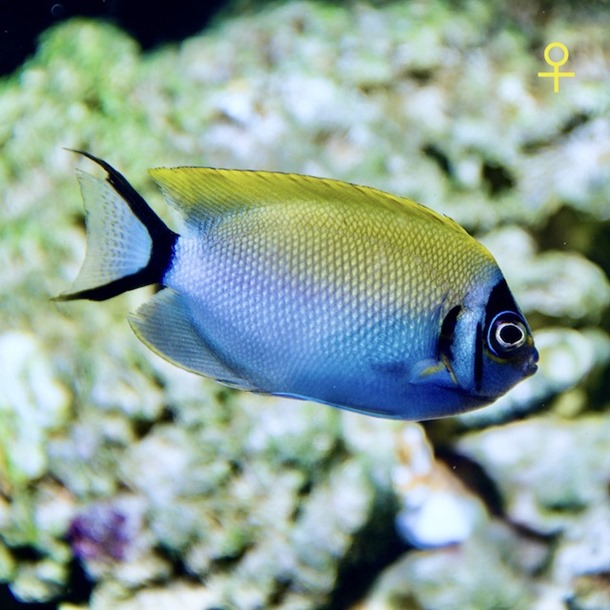 All of our livestock are only available for collection
Product Code: RNC-00427  Available To Order
Share it

Reward Points
You will earn 163 Points
Select option:
This Product is Available For Pre-order!

The Japanese Lyretail Angel Fish inhabit rocky reefs and are often seen in small groups or harems consisting of one male and several females.

This species like others of the Lyretial genus (Genicanthus) exhibit dramatic sexual dimorphism where females differ in coloration from males.

Females have a cream to white color chest, which gradually changes to yellow along the top of the dorsal, with a dramatic black band over the eye and at the base and along the caudal fin. Males have a bright yellow-orange face that continues horizontally down the side of the fish, with narrow black vertical bars running the length of the fish to the caudal peduncle.

An aquarium providing enough open swimming space to accommodate this species, with lots of hiding places is best.

An exception to most angelfish, the Japanese Swallowtail Angel Fish will make a good reef dweller, and will not nip at stony and soft corals.

A diet of chopped meaty foods with supplemental algae, enriched mysis shrimp, and enriched brine shrimp is best for these fish.