Please note: You are now making an order on behalf of a user.
Home > Marine Fish > Katherine's Fairy Wrasse 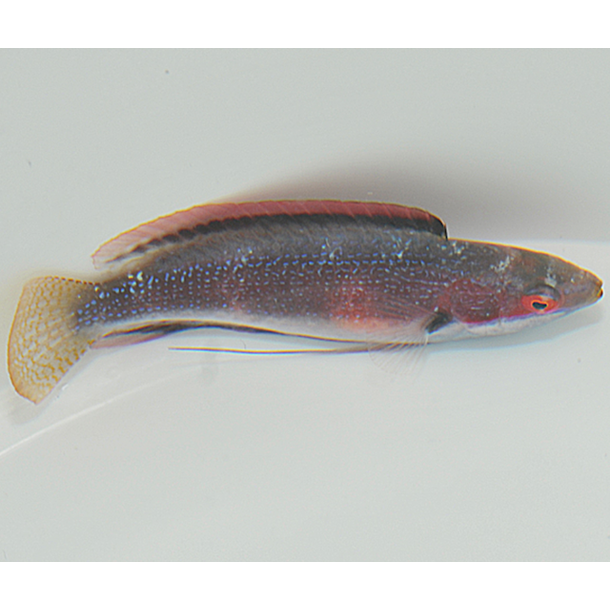 All of our livestock are only available for collection
Product Code: RNC-01842 Available To Order
Share it

The Katherine’s Fairy Wrasse is considered easy going, easy to keep and a great value. This wrasse displays plenty of colour and contrast with its silvery-white belly and boldly coloured upper half which exhibits red, purple and black with yellow accents. Like most wrasse species, the female Katherine’s Fairy Wrasse will be more subdued in colour.

The peaceful Katherine’s wrasse is a reef-safe active swimmer that will explore every nook and cranny of the aquarium. With that said, the Katherine’s Fairy Wrasse requires a larger aquarium of at least 300L that should be stocked with rock structures and coral for exploring and hunting small invertebrates and “pods”. Since all wrasses are jumpers be sure to have a tight-fitting cover for the aquarium.