Please note: You are now making an order on behalf of a user.
Home > Marine Fish > Klunzinger's Banana Wrasse 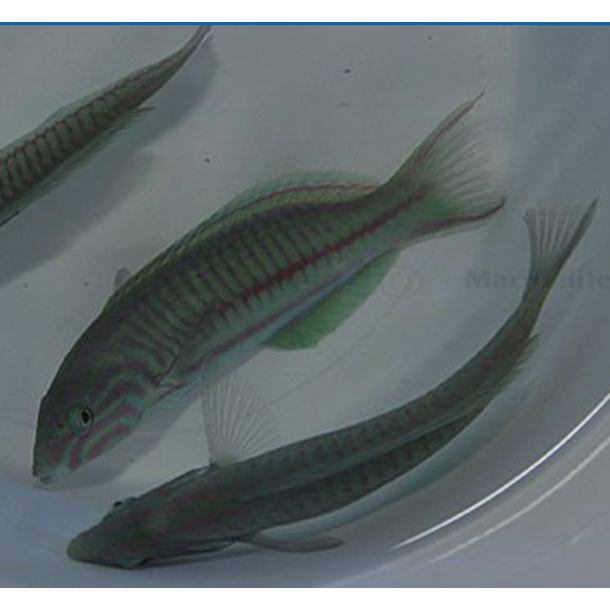 All of our livestock are only available for collection
Product Code: RNC-01726 Available To Order
Share it

Klunzinger's Banana Wrasse also known as the Klunzinger's Wrasse are endemic to the Red Sea.

The Klunzinger's Banana Wrasse is a beautiful wrasse from the Red Sea that will add both colouration and activity to your marine aquarium. These wrasse can be recognized by their bright green and blue body with striking purple patterns throughout the body and head. The shape of this fish is elongated which aids its movement throughout the reefs in nature.

This hardy fish should reside in a 70-gallon or larger aquarium, with other aggressive tank mates, and plenty of rocks for hiding. It will become territorial and often harass any new additions to the aquarium therefore, it should be one of the last fish added to the tank. This species has been known to eat mantis shrimp and bristleworms as well as other crustaceans, but will normally not eat corals or live plants.