Please note: You are now making an order on behalf of a user.
Home > Marine Fish > Lamarck Lyretail Angel Fish 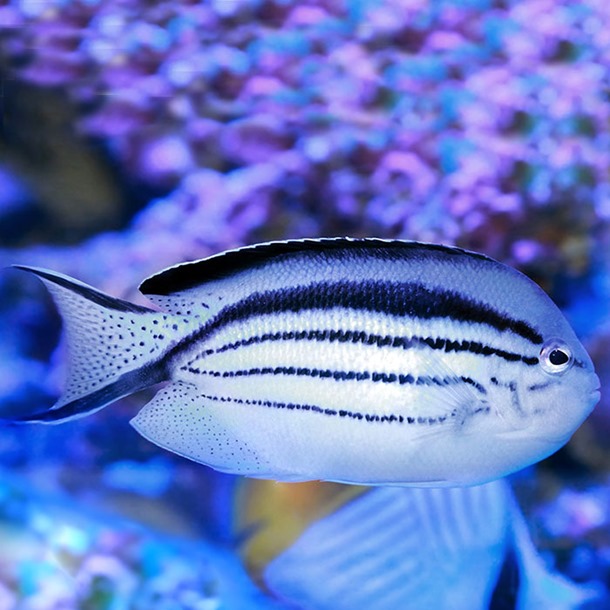 All of our livestock are only available for collection
Product Code: RNC-00425 Available To Order
Share it

The Lamarck's Angelfish  have the distinction among angelfish of being sexually dimorphic. Both male and female are a silvery-gray with horizontal black stripes from eye to caudal fin. The female's stripes are bolder with one extending into and covering the length of the caudal fin. In both, the long dorsal fin is black, although larger in the female, and the caudal fin is freckled with black.

More easily kept than some other angelfish, the Lamarck's Lyretial Angel Fish requires a well-maintained aquarium with plenty of open swimming place.

They may chase small, docile planktivores such as Anthias, Fairy Wrasses, Flasher Wrasses, and Dartfish but will usually ignore other fish, including other Angels. Only one male Lamarck's Angelfish should be kept per tank.

Fish of the genus Genicanthus are the only zooplanktivores among the angelfish.

The diet should consist of marine algae, chopped meaty foods, and mysis or frozen shrimp.