Please note: You are now making an order on behalf of a user.
Home > Marine Fish > Leopard Toby Puffer 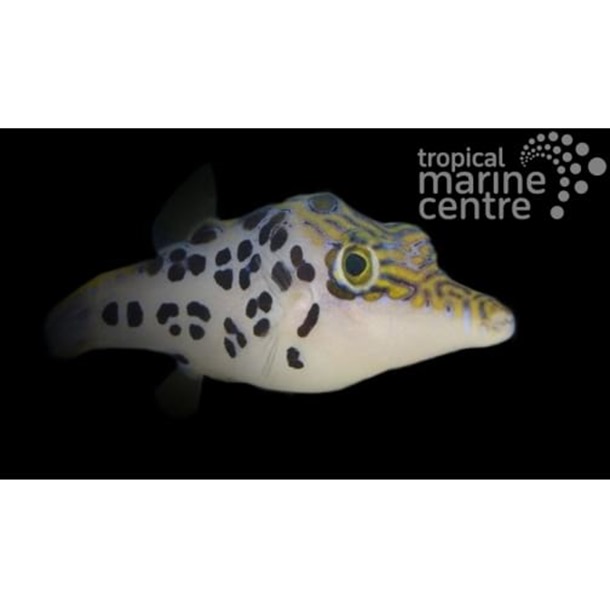 All of our livestock are only available for collection
Product Code: RNC-01584  Available To Order
Share it

Leopard Toby Puffer also known as the Leopard Sharpnose Puffer are found from the Christmas Island, Philippines, Ambon, and Guam.

The Leopard Toby Puffer is a deepwater reef species that is relatively new to the aquarium trade. This Toby Puffer may be small, but it's big on colour and personality. This exotic dynamo has both stripes on its anterior and spots along its sides, with touches of iridescent blue highlighting the eyes and tail.

Members of the Canthigaster genus are called Sharp-nosed Puffers or Tobies. It lacks pelvic fins, but has learned to use the pectoral fins to move about the aquarium.

A fish-only aquarium is suitable. Its teeth are actually a fused beak-like structure. It may eat invertebrates found in a reef tank. It becomes alarmed when in a net, therefore, use a container to transfer it.

The Leopard Toby Puffer needs a varied diet of meaty foods including: squid, krill, clams, and hard shelled shrimp to help wear down their ever-growing teeth.