Please note: You are now making an order on behalf of a user.
Home > Marine Fish > Longhorn Cowfish 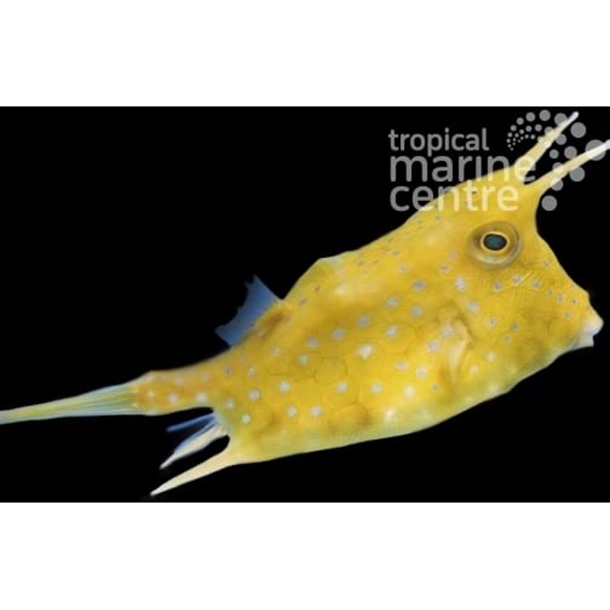 All of our livestock are only available for collection
Product Code: RNC-01579 Available To Order
Share it

Reward Points
You will earn 25 Points
Select option:
This Product is Available For Pre-order!

Longhorn Cowfish are found from the Red Sea and East Africa to the Marquesan and Tuamoto islands, north to southern Japan, south to Lord Howe Islands.

The Longhorn Cowfish inhabit the reefs of the Indo-Pacific, usually in the less turbid waters. The body is tan to yellow and covered with white and blue dots, and is occasionally referred to as the Yellow Boxfish.

When possible, the Longhorn Cowfish should be the first fish introduced in the tank. It is intolerant of other Longhorns, so keep it in a large tank, with some live rock for algae scraping. Use caution if placing the Cowfish Longhorn in a reef tank as it may nibble on tubeworms. When housed correctly, the Cowfish Longhorn is long-lived.

Similar to other boxfish, the Cowfish Longhorn's skin is poisonous and, when threatened, it will release a toxin lethal to other tank members, including other Longhorns.

Since they are omnivores, the Longhorn Cowfish should be offered a variety of meaty and vegetable foods. They are slow eaters, and should not be housed with aggressive eaters.