Please note: You are now making an order on behalf of a user.
Home > Marine Fish > Moon Trigger 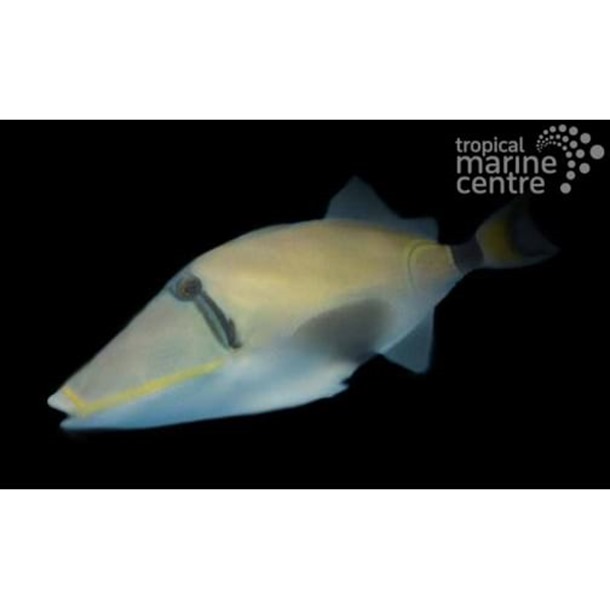 All of our livestock are only available for collection
Product Code: RNC-01347  Available To Order
Share it

Reward Points
You will earn 273 Points
Select option:
This Product is Available For Pre-order!

Moon Trigger also known as the Halfmoon Picasso Trigger are found from Queensland, Australia to the Pitcairn Group.

The Moon Trigger is a medium-large triggerfish, which has a  high contrast between the greenish-light blue body and the black and blue stripes make this fish really stand out. Combined with the unusual triggerfish shape and the fact that their head is almost half the body, a lot of people are attracted to this fish. This is quite a rare fish living on the outer reefs and thus not commonly for sale.

Remember it isn't reef safe though! It's an omnivore feeding on almost anything, but mainly fishes, benthic invertebrates, algae and organic matter. Corals might also be damaged so be careful when placing this fish in a reef tank. It can also be agressive to other fishes, so make sure you pick the other fishes with care!

They can vocalizes using a "grunting" sound.

An aquarium with rocks and caves provides a good habitat for the Moon Triggerfish, however, it will tend to rearrange the landscaping and rocks.

The Moon Triggerfish needs a varied diet of meaty foods including; squid, krill, clams, small fish and hard shelled shrimp to help wear down their ever growing teeth.