Please note: You are now making an order on behalf of a user.
Home > Marine Fish > MultiBar Dwarf Angel Fish 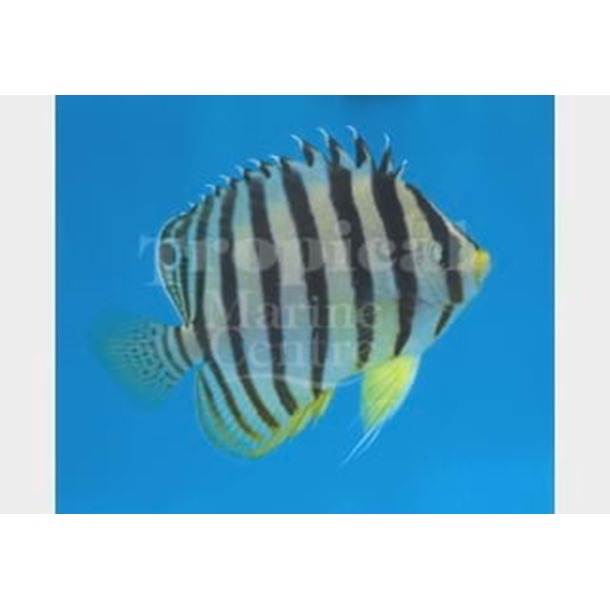 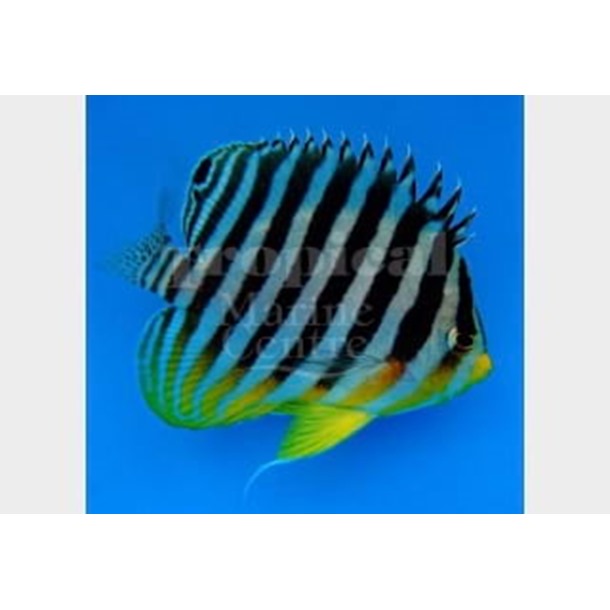 All of our livestock are only available for collection
Product Code: RNC-00445  In Stock
Share it

Reward Points
You will earn 225 Points
Select option:
Add to My Save List
Close

MultiBar Dwarf Angelfish also known as the Barred Angel, Multibarred Angel and Many Banded Angel is found around the Cocos-Keeling Is, Society Is, Ryukyus and great Barrier Reef.

The Multibar Dwarf Angelfish has individual black and yellow vertical bands arranged in an "every other" fashion, with a thin stripe of white bordering each black band. The tail is white to yellow with small black speckles. A juvenile can be distinguished by a blue eyespot at the back of the dorsal fin.

The Multibar Angel requires an aquarium with plenty of hiding places and live rock for grazing.

This angelfish is best kept as the only species member in a tank.

The Multibar Angel, like other dwarf angels, are hermaphroditic, and indistinguishable in color variations from male to female.

The Multibar Angel can be a finicky eater; it prefers a variety of small meaty items, angelfish and herbivore preparations, and live sponges.

These eating habits and the trait of becoming somewhat territorial upon acclimatization.