Please note: You are now making an order on behalf of a user.
Home > Marine Fish > Nahacky's Fairy Wrasse 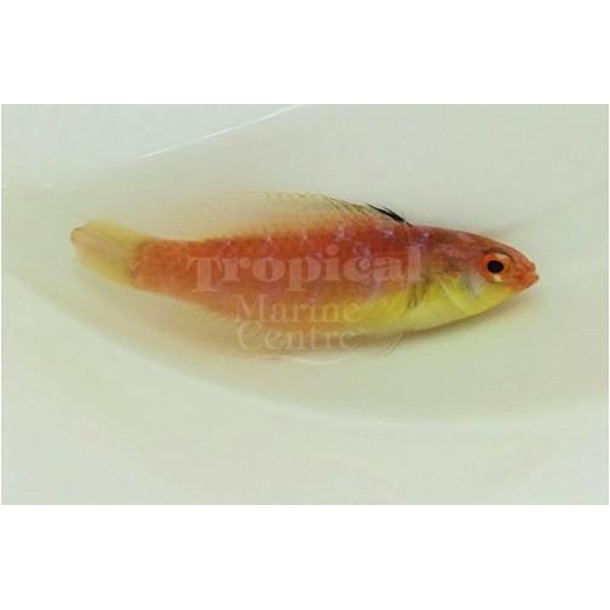 All of our livestock are only available for collection
Product Code: RNC-01849 Available To Order
Share it

Reward Points
You will earn 497 Points
Select option:
This Product is Available For Pre-order!

Nahacky's Fairy Wrasse also known as the Nahacky's Dwarf Parrot are found around the Fiji Islands and Tonga.

Be the first to keep and care for one of the most exciting new Wrasse from the depths of Fiji! Only recently discovered in 2010 by Tony Nahacky in waters over 100ft, availability of Nahacky's Fairy Wrasse is extremely limited.

Identified by a notable and significantly elongated first dorsal spine (compared to other Cirrhilabrus species) that whips back toward the caudal fin. Color patterns can range greatly, painting the Nahacky's Fairy Wrasse in vibrant shades of yellow, black, orange, purple, and white/pale blue coloration.

The Nahacky's Fairy Wrasse draws close similarities in appearance to Cirrhilabrus bathyphilus from Vanuatu, but is now officially described to be a separate species. It is a very peaceful, active fish that will bring both colour and activity to a fish-only or reef aquarium of 500L or larger. It will not bother any corals or invertebrates making it a perfect fish for the reef aquarium. The Nahacky's Fairy Wrasse likes to jump, so a tight-fitting canopy is recommended.

The Nahacky's Fairy Wrasse diet should include vitamin enriched mysis shrimp, brineshrimp, and other chopped meaty foods along with a high quality marine flake and marine pellet food.