Please note: You are now making an order on behalf of a user.
Home > Marine Fish > Orange Line Rabbitfish 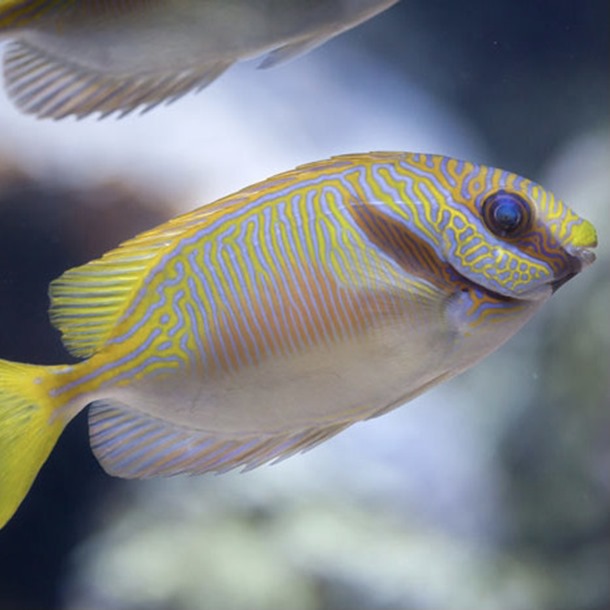 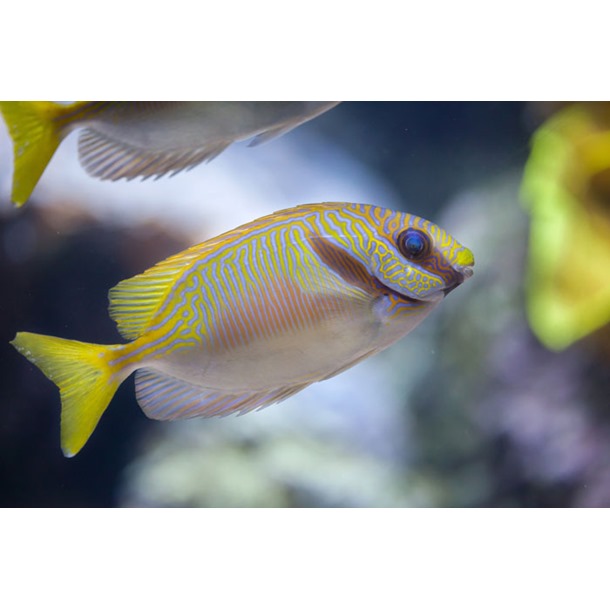 All of our livestock are only available for collection
Product Code: RNC-01132 Available To Order
Share it

TheOrange Line Rabbitfish has an oblong shape to its body and has a beautiful series of blue markings with a yellow back and tail. The eyes of this fish are masked by a black stripe that extends from the bottom of the mouth to the top of the head, and has a matching black stripe behind the gill plate.

It requires a larger aquarium. It is a very peaceful species except when housed with other Rabbitfish. The Orange Line Rabbitfish may be housed with more aggressive fish and can be kept in pairs. Its predators will tend to leave it alone because of its venomous dorsal spines, which it can raise when disturbed. Care must be taken when handling this fish to avoid the possibility of being stung by its venomous spines. Rabbitfish are generally reef-safe if they are well fed, and they will eat all kinds of macro-algae and even bubble algae. If not, it is possible for them to nip at and consume some species of LPS and soft corals.

Its diet consists of a variety of fresh vegetables and algae. It does nip and possibly eat some soft and hard coral polyps.

This species can be confused with the Masked Rabbitfish (S.virgatus).