Please note: You are now making an order on behalf of a user.
Home > Marine Fish > Orange Tail Damsel 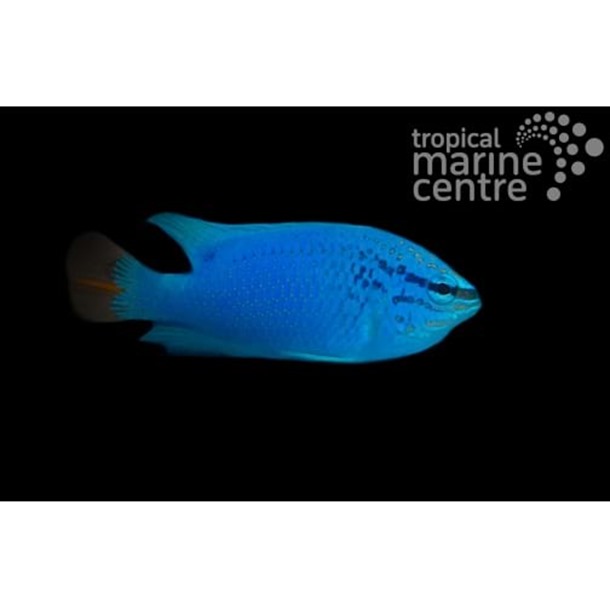 All of our livestock are only available for collection
Product Code: RNC-01267 Available To Order
Share it

The Orange Tail Damsel females are all blue, the male has an orange tail. They are a very colourful, hardy, and active fish. They are usually busy defending a small territory. The Orange Tail Damsel has the ability to hide in a hole or crevice and darken to an almost black colour. This usually happens when it is threatened. After the perceived threat is gone, it will turn electric blue in a matter of seconds.

The Orange Tail Damsel is somewhat aggressive, so its housing should be able to easily accommodate multiple specimens. It is a good fish for beginners, and makes an ideal companion fish, and as a great companion for reefs and invertebrates. As the fish matures it may become aggressive, causing problems with the selection of other species to be added to the aquarium. If keeping with other damselfish, provide multiple hiding places to break up territories and decrease aggression.

This species is not overly aggressive like most Damselfish species, they will not harm invertebrates or coral and will graze on some algae species.

The diet of the Blue Damsel should consist of flaked and frozen foods, and herbivore preparations.