Please note: You are now making an order on behalf of a user.
Home > Marine Fish > Pelicier Hawk 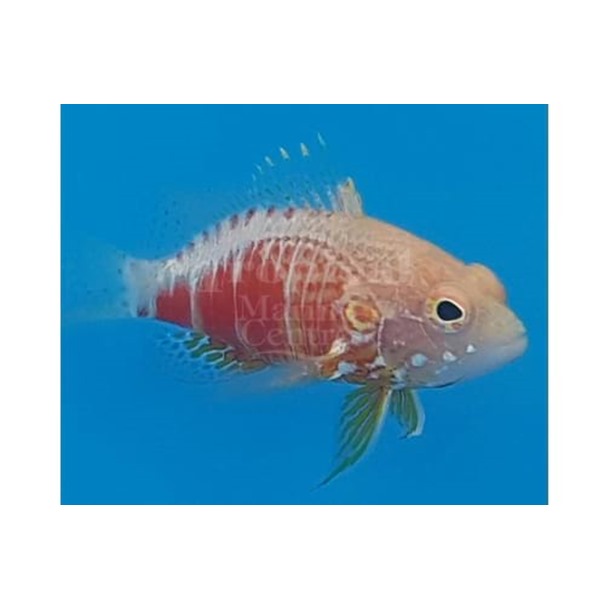 All of our livestock are only available for collection
Product Code: RNC-01530 Available To Order
Share it

Reward Points
You will earn 1650 Points
This Product is Available For Pre-order!

Pelicier Hawk also known as the Pelicier's Perchlet are found from Mauritius and South Africa, Madagascar and Mozambique.

The Pelicier Hawk is a hard find from the rubble zones of Mauritius. They are within the Anthiinae subfamily along with many species of Anthias. However, the Pelicier Hawk within the genus Plectranthias resemble hawkfishes more than Anthias. Their bodies are elongated with a high third dorsal spine followed by a banner-like flap. They are mottled in orange and white, and have very interesting green eyes. They feed upon zooplankton, and are a wonderful addition to a reef aquarium.

The Pelicier Hawk is a reef inhabitant in the wild, occurring within the rubble zones and often found among plate corals. They require a saltwater aquarium with plenty of live rock for hiding and feeding. They may become aggressive towards other bottom dwelling fish like gobies and blennies.

The Pelicier Hawk natural diet includes zooplankton, and they should be offered a variety of meaty foods including; vitamin enriched brine shrimp, mysis shrimp and small pieces of shrimp and fish.