Please note: You are now making an order on behalf of a user.
Home > Marine Fish > Percula Clownfish 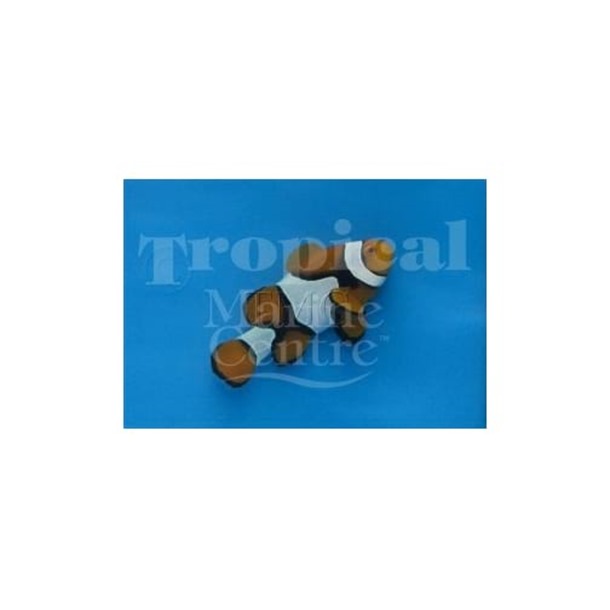 All of our livestock are only available for collection
Product Code: RNC-00785 Available To Order
Share it

NEMO! The Percula Clownfish are normally found in association with anemones on the reefs of Indonesia, Australia and the Great Barrier Reef. It can be found individually, or more commonly, in pairs or small groups within the same anemone such as Ritteri or Carpet Anemones.

Young Percula Clownfish are usually mostly orange and white when young. As the fish matures the black sections between the white stripes will darken with age. Captive-Bred specimens differ from their wild-caught counterparts in that their stripes are often irregular. These characteristics add to the uniqueness and appeal of these fish.

Captive-bred clownfish are very hardy and durable fish making them a perfect addition for the novice or seasoned aquarist. The Percula Clownfish is a good candidate for a reef aquarium.

Clownfish are easy to breed in the home aquarium. The females will be the largest of the pair, and two fish will usually stay close to each other in the aquarium.

In nature, the Percula Clownfish is an omnivore. In an aquarium, it will readily accept most choppedmeaty foods and herbivore preparations.