Please note: You are now making an order on behalf of a user.
Home > Marine Fish > Pinstripe Lined Wrasse 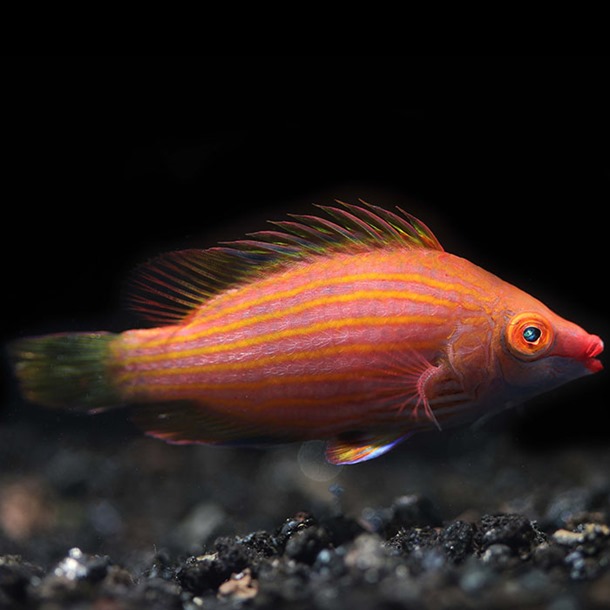 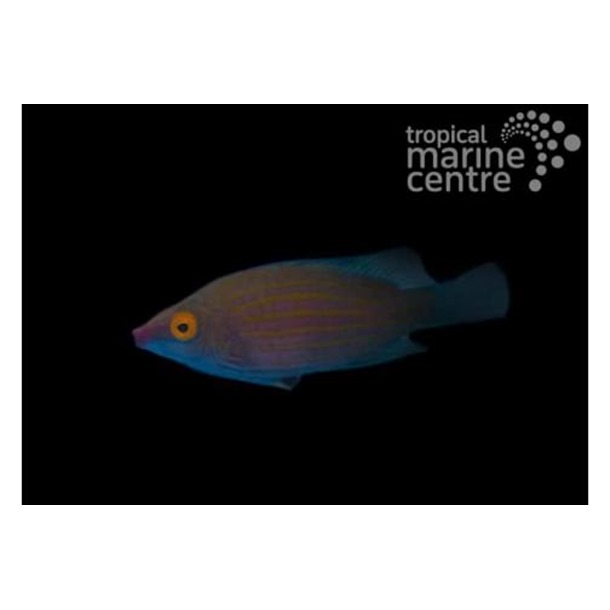 All of our livestock are only available for collection
Product Code: RNC-01762 Available To Order
Share it

Considered to be one of the best reef wrasses for aquarists, the Pinstripe Lined Wrasse is a small, colourful fish that is a welcome addition to any reef aquarium (even the nano-reef). They are also sexually dichromatic, with the males sporting more pronounced yellow lines down the body and bluish-gray markings on the gill cover.

While it is very shy initially, it gradually becomes quite bold and will spend a considerable amount of time in the open. It is a good feeder, taking frozen foods and flake foods. It is ignored by most of its tankmates, although related Pseudocheilinus wrasses may chase it, as the Pinstripe Lined Wrasse is much more passive. If the tank is large enough and there are plenty of hiding places, the P. ataenia will simply dive between the branches of soft or hard corals.

According to guest expert Scott Michael: "I have never seen it behave aggressively toward any other fishes, including two smaller Possum Wrasses (Wetmorella spp.) I introduced it to a tank where the P. ataenia was well established. The Possum Wrasses are very similar in shape to the Pink-Streaked and one would think they could elicit aggression. On a couple of occasions, one Pink-Streaked Wrasse I kept would inspect a larger fairy wrasse as if it was going to clean it. However, I have yet to see actual cleaning."