Please note: You are now making an order on behalf of a user.
Home > Marine Fish > Platinum Clownfish 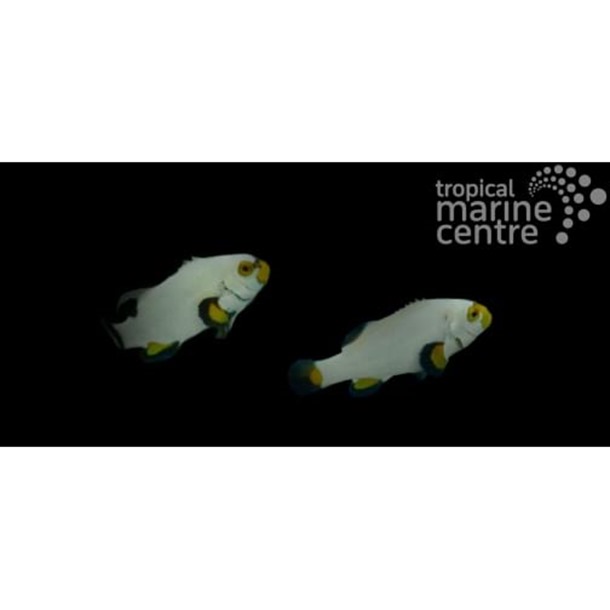 All of our livestock are only available for collection
Product Code: RNC-01329 In Stock
Share it

Reward Points
You will earn 67 Points
Select option:
Add to My Save List
Close

The Platinum Clownfish is a magnificent white variation of the Percula Clownfish.

These striking fish do not exhibit any of the original striping characteristic of the species. Instead, they are typically continuously white from head to tail. As Platinum Clownfish mature, they will develop beautiful black fins that really stand out against the white body and orange face.

Platinum CLownfish is the essence of beauty. However, it is the famous symbiotic relationship that Clownfish has with various anemones that truly captures the imagination of most aquarists.

The Platinum Clownfish females will be the largest of the pair and the two fish will usually stay close to each other in the aquarium.