Please note: You are now making an order on behalf of a user.
Home > Marine Fish > Porkfish 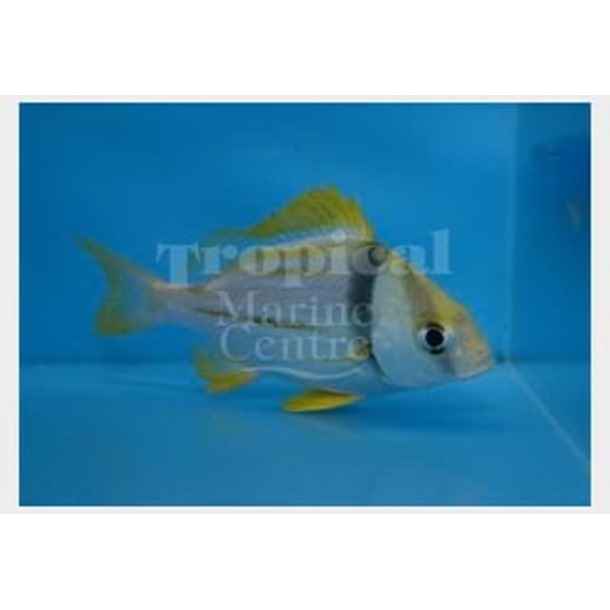 All of our livestock are only available for collection
Product Code: RNC-00756 Available To Order
Share it

Reward Points
You will earn 49 Points
Select option:
This Product is Available For Pre-order!

Porkfish are found around Bermuda, Florida, the Bahamas and Brazil.

The Porkfish has a yellow head and fins accenting a silver-gray base with two black vertical stripes.

They are a peaceful fish that make a wonderful addition to a peaceful saltwater fish only aquarium. An aquarium with abundant open space to swim is required. Several Porkfish, in a school, would be suitable if there is enough room in the aquarium. It prefers to hover around reefs and needs a cave or ledge for refuge. The Porkfish has been known to occasionally pick parasites from the bodies of tank mates.

Do not house the Porkfish with aggressive species, and adults should be the first to be introduced into a community tank.

They are not a good candidate for a reef aquarium, as they will readily consume any crabs, snails, shrimp and starfish.

The Porkfish diet consists of a variety of meaty foods such as chopped shrimp, marine fish flesh and algae.