Please note: You are now making an order on behalf of a user.
Home > Marine Fish > Purple Moon Angel Fish 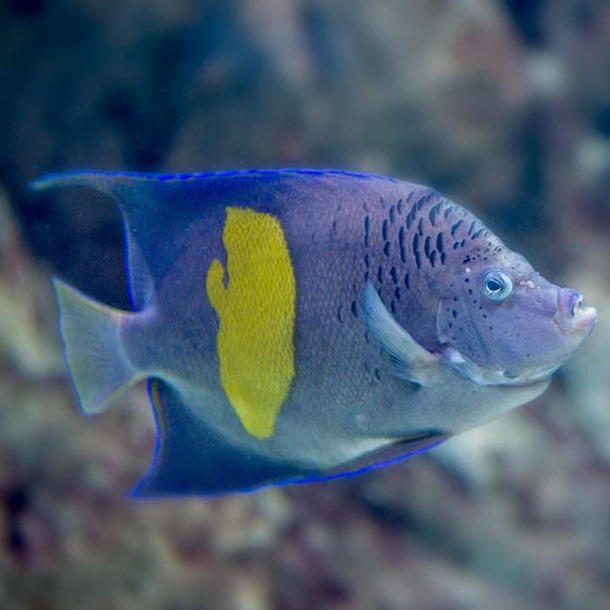 All of our livestock are only available for collection
Product Code: RNC-00430 Available To Order
Share it

Reward Points
You will earn 93 Points
Select option:
This Product is Available For Pre-order!

The Purple Moon Angel Fish in its juvenile for is deep blue with several white vertical bars. The body is surrounded by a metallic blue color and it has a bright As the fish matures and grows, a bright vertical bar will appear, and the white vertical stripes will disappear. A neon blue irregular pattern will start to show when the fish attains a length of 3-4", the center vertical stripe will turn a vivid yellow, and the tail a transparent yellow. As the fish reaches its maximum size, it will eventually turn a gorgeous blue with a large vertical yellow bar midbody. The caudal fin is transparent yellow, which distinguishes it from the Asfur Anger, which has a bold yellow tail and dark purple body.

The Purple Moon Angel Fish is hardy species, but only one specimen should be kept per tank.

It is not a good candidate for a reef aquarium since it is prone to nip at stony and soft corals and clam mantles.

As a member of the Pomacanthidae family, the Purple Moon Angel Fish is hermaphroditic, and indistinguishable in color variations from male to female.

The diet of the Purple Moon Angel Fish should include marine algae, chopped meaty foods, and foods containg sponges.