Please note: You are now making an order on behalf of a user.
Home > Marine Fish > Racoon Butterflyfish 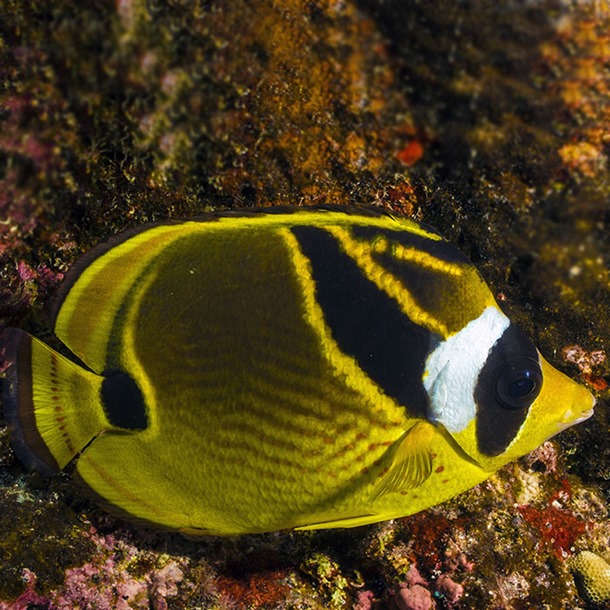 All of our livestock are only available for collection
Product Code: RNC-00700  Available To Order
Share it

The Raccoon Butterflyfish is yellow-orange, but darker on the upper half of the body. It has a black patch around its eyes, with a broad white stripe posterior to it. Two black stripes bordered in yellow reach from the white stripe to the dorsal fin.

The Raccoon Butterflyfish is a peaceful fish that may reside in a an aquarium with other butterflyfish. It should not be kept in a reef tank since it will eat invertebrates and is deemed unsafe with corals.

They can be fed a varied diet of meaty foods, crustacean flesh, mysis shrimp, and frozen preparations several times daily.

This species- the Racoon Butterflyfish (C.lunula), can be mistaken for the Red Sea Racoon Butterflyfish, which differs in lacking a black spot on the caudal fin base and the yellow diagonal stripes behind the head, as well as having fewer slanting stripes not the sides of the body.