Please note: You are now making an order on behalf of a user.
Home > Marine Fish > Red Back Pearlscale Butterflyfish 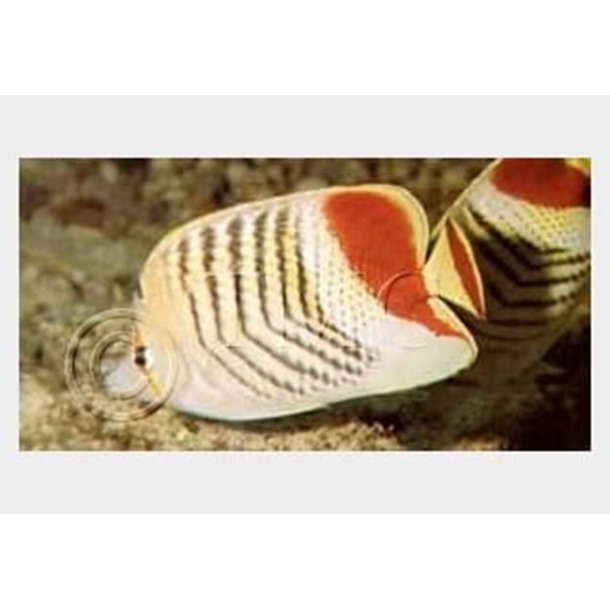 All of our livestock are only available for collection
Product Code: RNC-00726 Available To Order
Share it

Reward Points
You will earn 105 Points
Select option:
This Product is Available For Pre-order!

The Red Back Pearlscale Butterflyfish is a relatively hardy butterfly that does well in a peaceful aquarium setting. The body of these fish is white with many black vertical lines, and a large red band covering the rear of the fish.

The Red Back Pearlscale Butterflyfish is part of the "xanthurus complex" consisting of lookalike species with similar latticed pattern.

The ideal aquarium has a large amount of live rock for hiding and grazing.

They can be aggressive towards fish of a similar body size and shape, and towards members of their own species. They are best kept in a peaceful aquarium with non-aggressive fish.

This species of Butterflyfish is not considered reef safe.

The diet for the Red Back Pearlscale Butterflyfish should consist of dried seaweed, algae based foods, and vitamin enriched brine and mysis shrimp, as well as finely chopped meaty foods.