Please note: You are now making an order on behalf of a user.
Home > Marine Fish > Red Fairy Wrasse 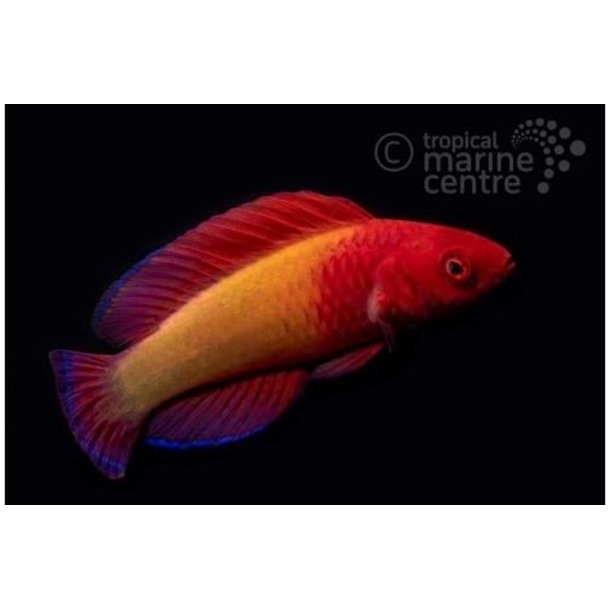 All of our livestock are only available for collection
Product Code: RNC-01861 Available To Order
Share it

Reward Points
You will earn 52 Points
Select option:
This Product is Available For Pre-order!

The Red Fairy Wrasse is a small colourful wrasse with the front part of the body being red in colouration with the remainder being yellow. As the fish matures, the scales toward the front of the fish develop dark edges. The colour of the female is subdued when comparing it to the brilliance of the male. The male during courting will turn almost white on the sides in an attempt to persuade its mate. Colours may vary depending on the fish's mood.

The Red Fairy Wrasse is a very peaceful, active fish that will bring both color and activity to a fish-only or reef aquarium of 300L or larger. They will not bother any corals or invertebrates making them a perfect fish for the reef aquarium. These wrasses like to jump, so a tight fitting canopy is recommended.