Please note: You are now making an order on behalf of a user.
Home > Marine Fish > Red Tail Tamarin Wrasse 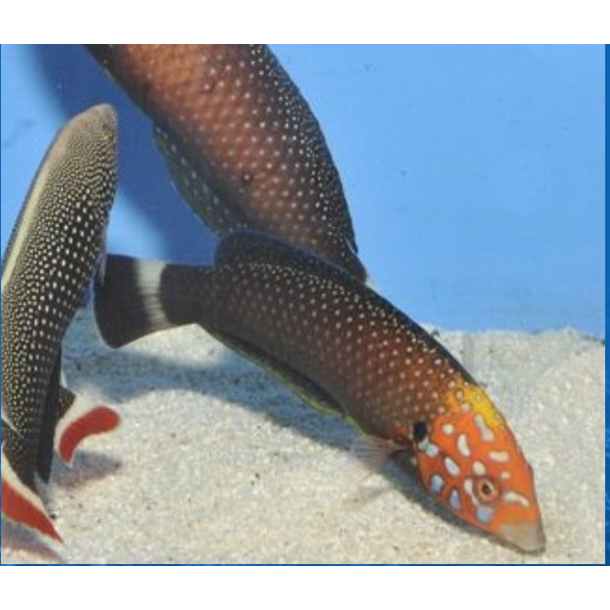 All of our livestock are only available for collection
Product Code: RNC-01711 Available To Order
Share it

Reward Points
You will earn 129 Points
Select option:
This Product is Available For Pre-order!

The Red Tail Tamarin Wrasse has a black body covered with varying sized white dots. The tail is white with a red band at the end. The male has a more colourful head with unique facial markings which differ from the females. When courting, the male will display an increased colour intensity.

It requires an aquarium with a 2 inch layer of live sand in which to bury itself, and a secure lid to keep it from jumping out of the tank. A single male can be kept with a group of females that are introduced prior to or at the same time as the male.

The Red Tail Tamarin Wrasse may be very difficult to adjust to new surroundings, and should be offered a variety of enriched meaty foods such as frozen Mysis shrimp and frozen brine shrimp.