Please note: You are now making an order on behalf of a user.
Home > Marine Fish > Regal Angel Fish 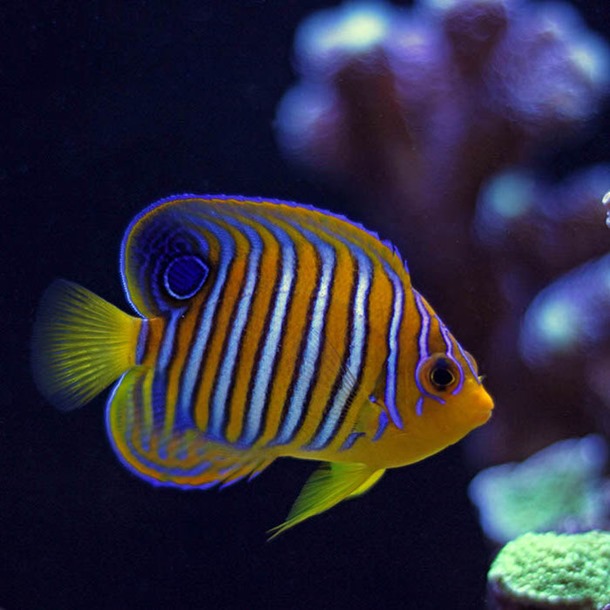 All of our livestock are only available for collection
Product Code: RNC-00431 In Stock
Share it

Reward Points
You will earn 199 Points
Select option:
Add to My Save List
Close

Regal Angel Fish are found in the Red Sea and Indian Ocean.

With vivid vertical striations of blue, white, yellow, or orange on the body and pelvic fin, the Regal Angelfish deserves this distinctive name. Regal Angelfish from the Maldives and the Red Sea have a distinctive yellow breast, where their Indo-Pacific, Coral Sea, New Caledonia and Tahitian relatives normally have a blue/gray breast. This coloration is more prevalent in specimens that are more mature and are at least 4" in length. Juveniles will have a "False Eye Spot" on their dorsal fins that fades and the fish matures. Regal Angelfish from the Red Sea, Maldives, Coral Sea, Fiji and Tahiti are good shippers and are harvested and handled with care, and normally will adapt more easily than their Indo-Pacific counterparts to the home aquarium.

The Regal Angelfish is more difficult to maintain than other species of angels so it should be introduced first so that it may stake out its territory in advance of other fish.

An aquarium with plenty of hiding places and live rock for grazing will offer a good environment.

The Regal Angel Fish diet should also include herbivore preparations which include Spirulina and marine algae, and angelfish preparations containing sponges and chopped meaty foods.