Please note: You are now making an order on behalf of a user.
Home > Marine Fish > Regal Damsel 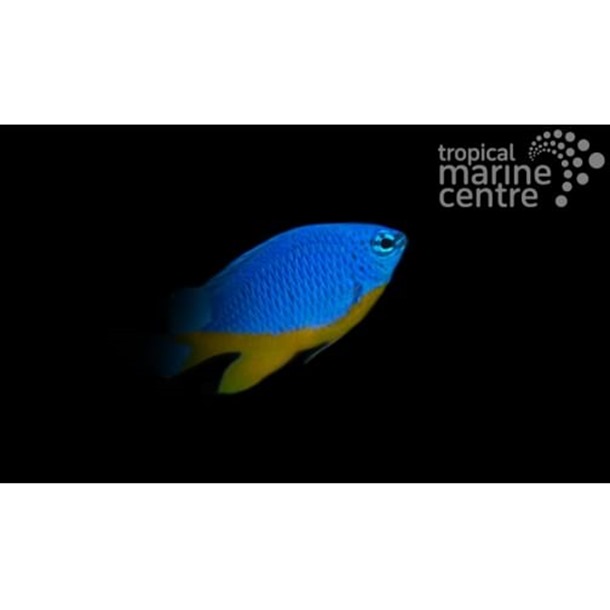 All of our livestock are only available for collection
Product Code: RNC-01274 Available To Order
Share it

Regal Damsel also known as the Azure Damsel, Azure Demoiselle, Yellow Belly Damsel or Half Blue Damsel are found in the eastern Indian Ocean and Indonesia.

An aquarium with plenty of rockwork and décor is ideal. Because it can tolerate substandard water parameters, it is a popular fish among beginning hobbyists. A small group of juvenile Regal Damsels will add colour and drama to most marine aquariums. Maintain this species with other semi-aggressive fish, as they can become territorial as they mature. In larger reef aquariums, this is normally not a problem if plenty of hiding places are provided.

The Regal Damsel diet should consist of quality flake foods, frozen meaty foods such as brine or mysis shrimp and occasionally dried seaweed offered on a feeding clip.