Please note: You are now making an order on behalf of a user.
Home > Marine Fish > Rock Beauty Angel Fish 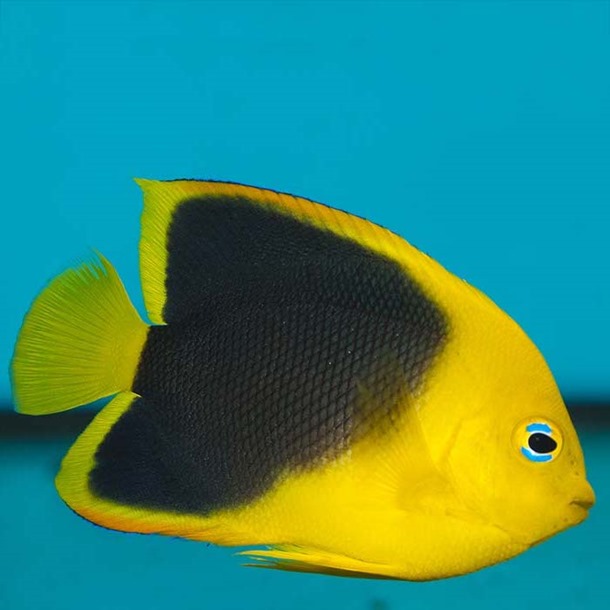 All of our livestock are only available for collection
Product Code: RNC-00432 Available To Order
Share it

Rock Beauty Angel Fish are found around Bermuda, Brazil and the Gulf of Mexico.

The Rock Beauty Angel Fish has a body that is predominately black especially on the back half, as an adult. The head and front half portion of the body, and the caudal fin are a bright yellow. The eyes have striking sapphire-blue accents. Similar in appearance, the juvenile initially has a predominately yellow body with a large caudal black spot that just seems to enlarge, overwhelming the yellow coloration with the exception of head, body area just behind the head, and the caudal fin.

The diet of the Rock Beauty Angel Fish should include vegetable matter such as marine algae and Spirulina, finely chopped meaty items, and high-quality angelfish preparations containing sponges.