Please note: You are now making an order on behalf of a user.
Home > Marine Fish > Round Batfish 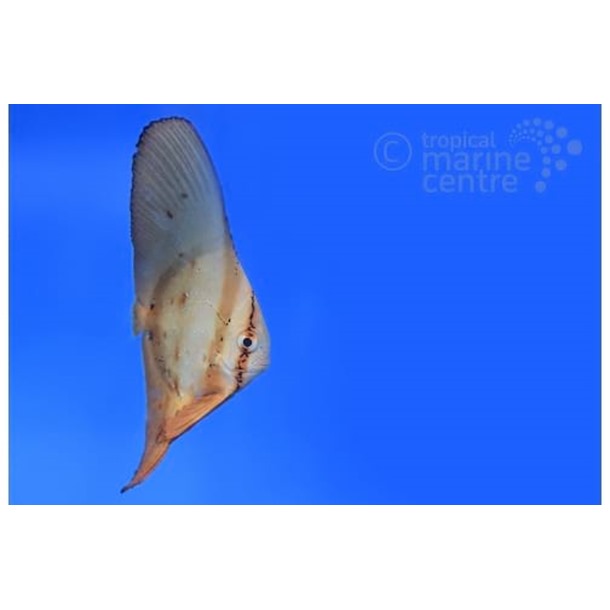 All of our livestock are only available for collection
Product Code: RNC-00476 Available To Order
Share it

Round Batfish also known as the Round Fin Batfish or Orbiculate Batfish are found widespread through the Indo-Pacific Oceans.

The Round Batfish is a large batfish, which is only suitable for the largest home aquariums. As juveniles they've extremely elongate vertical fins and are reddish brown, a bit resembling a dead leaf. And this is also how they avoid predators, lying on their side, rocking back and forward by the current, hoping a predator thinks it's just a leaf. As adults they're more rouded and silvery with dark broad vertical bands. In nature juveniles live close to the mangrove forests, but adults are usually seen in singly, in small groups or occcasionally in a large group in deeper water. Often associated with large sandy areas and shipwrecks.

The body of Platax orbicularis is almost disc-shaped, and very thin. Its tail, about 20% of the body length. The small reddish-brown juveniles resemble floating leaves drifting amongst flotsam at the surface.