Please note: You are now making an order on behalf of a user.
Home > Marine Fish > Scrawled Cowfish 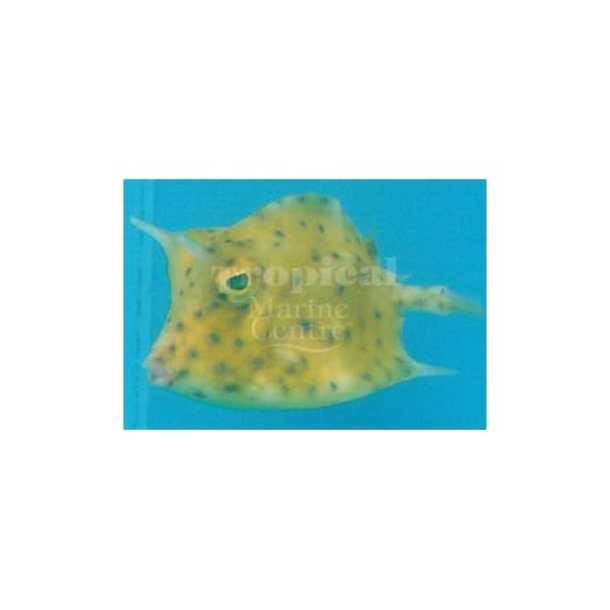 All of our livestock are only available for collection
Product Code: RNC-01577 Available To Order
Share it

Scrawled Cowfish also known as the Caribbean Cowfish are found from Bermuda, and northern Gulf of Mexico to southeastern Brazil.

The Scrawled Cowfish is a pale yellow in colour with blue spots as a juvenile, as they mature these spots break up into a pattern of blue dots and dashes across its body.

Similar to other boxfish, the Scrawled Cowfish's skin is poisonous and, when threatened, it will release a toxin lethal to other tank members, including other cowfish.

Since they are omnivores, the Scrawled Cowfish should be offered a variety of meaty and vegetable foods. They are slow eaters, and should not be housed with aggressive eaters.