Please note: You are now making an order on behalf of a user.
Home > Marine Fish > Scribbled Dogface Puffer 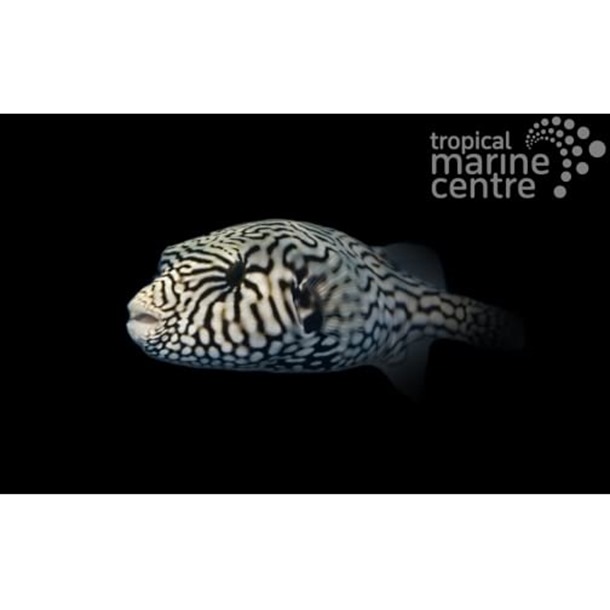 All of our livestock are only available for collection
Product Code: RNC-01599 Available To Order
Share it

Reward Points
You will earn 139 Points
Select option:
This Product is Available For Pre-order!

Scribbled Dogface Puffer also known as the Map Puffer are found from East Africa south to Natal, South Africa and east to Samoa, northward to the Ryukyus and western sea of Japan, southward to New Caledonia and Queensland, Australia.

The Scribbled Dogface Puffer has a very distinct and vivid appearance. The main colour ranges from light tans to dark yellows and it has a network of black "scribbles" covering the body, forming an intricate pattern. It lacks pelvic fins, but has learned to use the pectoral fins to move about the aquarium.

It has the ability to inflate its body to almost twice its normal size when threatened or alarmed to discourage others from trying to eat it. Parts of the flesh are poisonous if digested. Its teeth are actually a fused beak-like structure.

A 300 gallon or larger, fish-only aquarium with a good protein skimmer is suitable. It will generally live peacefully with other fish, even other Puffers. It will eat invertebrates found in a reef tank, as well as corals, and even aquarium apparatus. It becomes alarmed when in a net, therefore, use a container to transfer it.

The Scribbled Dogface Puffer needs a varied diet of meaty foods including; squid, krill, clams, and hard shelled shrimp to help wear down their ever growing teeth.