Please note: You are now making an order on behalf of a user.
Home > Marine Fish > Sixline Grouper 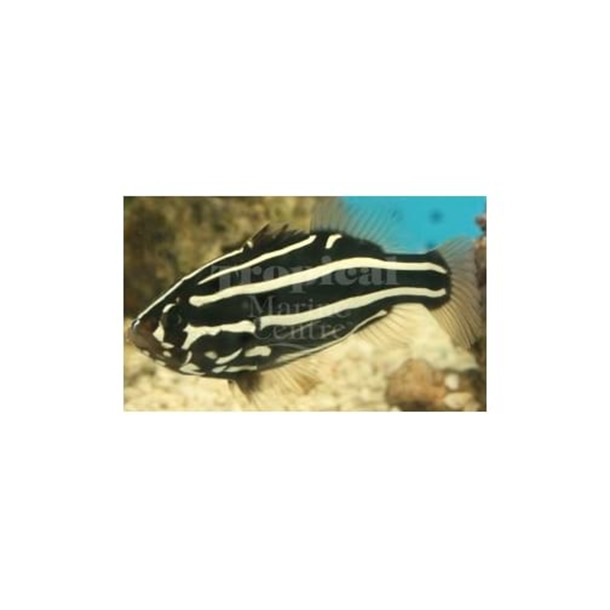 All of our livestock are only available for collection
Product Code: RNC-01162  Available To Order
Share it

The Sixline Grouper shows three distinct colour patterns throughout its life. Juveniles are coal black with whitish yellow spots, sub adults then have three yellow white longitudinal stripes which increases to six stripes with age and finally adults have numerous stripes which are broken up into dashes.

An aquarium with plenty of live rock over hangs and caves is required due to its size and eating habits. It is an aggressive fish and may eat tank mates as well as crustaceans, However they will not harm coral. The mucous of the coat is toxic and deters other fish from trying to eat it.

The Sixline Grouper prefers a diet of meaty foods such as krill, shrimp, and other small fish.

Caution: This species can produce the skin toxin grammistin, which when stressed or injured may kill the fish in the aquarium.