Please note: You are now making an order on behalf of a user.
Home > Marine Fish > Sixline Lined Wrasse 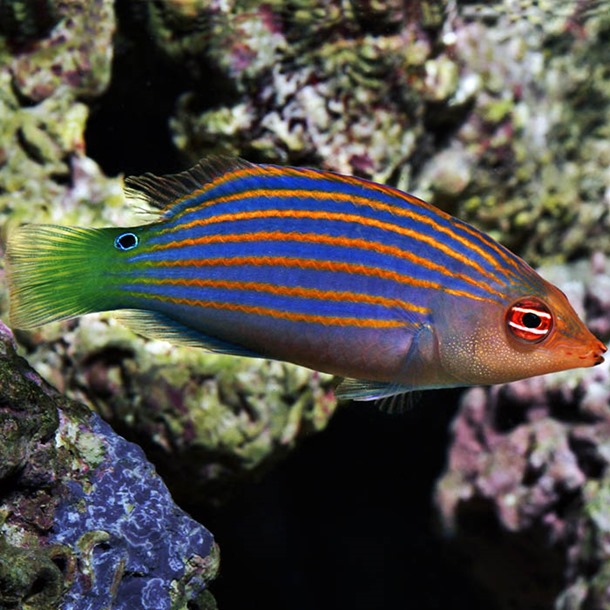 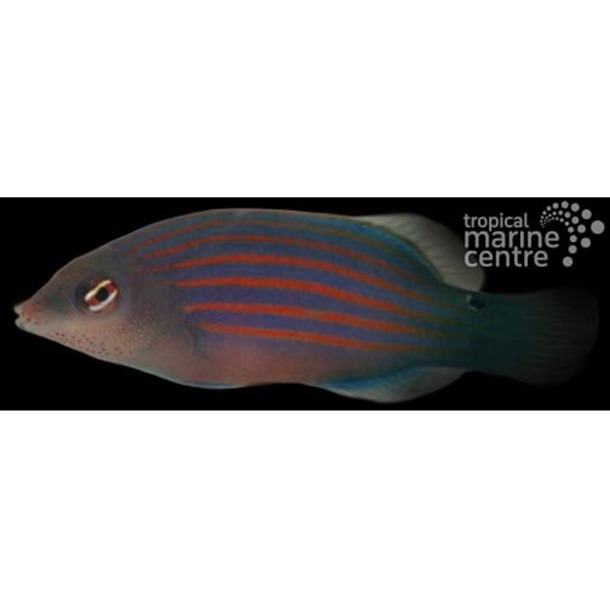 All of our livestock are only available for collection
Product Code: RNC-01758 In Stock
Share it

Reward Points
You will earn 34 Points
Select option:
Add to My Save List
Close

Sixline Lined Wrasse also known as the Sixline Wrasse, Pyjama Wrasse or Sixstripe Wrasse are found from the Red Sea south to Natal, South Africa and east to the Tuamoto Islands, north to the Ryukyu Islands, south to Lord Howe and the Austral islands.

The Sixline Lined Wrasse is both beautiful and active. With its six distinct, horizontal blue lines overlaid against an orange body, this member of the Labridae family brings a zip of colour to any marine reef aquarium. This is especially true when a courting male Sixline Lined Wrasse displays an increased colour intensity. However, it is the active darting amongst rock outcroppings and corals that most attracts the Sixline Lined Wrasse to any onlooker.

Though generally peaceful, the Sixline Lined Wrasse may act aggressively towards peaceful Wrasses and other easily-intimidated fish, especially if inadequately fed or if its habitat is void of places in which it can hide.