Please note: You are now making an order on behalf of a user.
Home > Marine Fish > Striped Shrimpfish 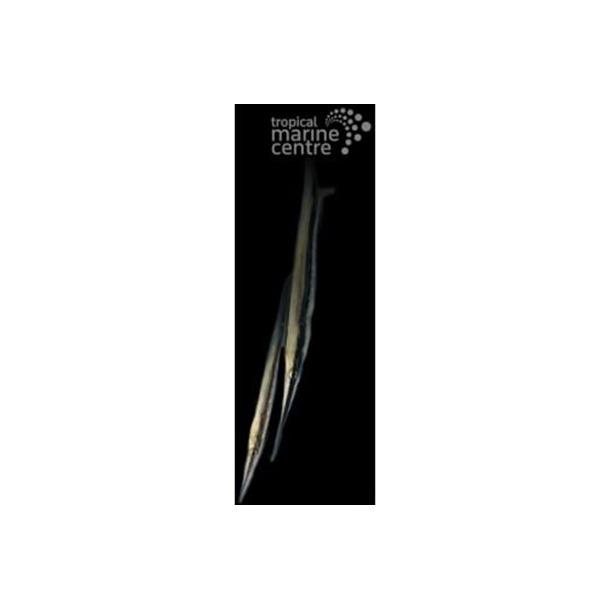 All of our livestock are only available for collection
Product Code: RNC-01443 Available To Order
Share it

Reward Points
You will earn 50 Points
Select option:
This Product is Available For Pre-order!

Striped Shrimpfish also known as the Coral Shrimpfish or Razorfish are found from Tanzania and Seychelles; then from southern Japan to New South Wales, Australia eastward to Vanuatu.

The Striped Shrimpfish form large congregations among whip corals, seagrasses, Acroporas or within long spine urchins. They have an elongated body that is dark in colour as a juvenile. When mature, their body lightens to a silver colour, and they develop a dark longitudinal line spanning the entire length of the fish. These are very interesting fish that swim in a vertical position.

The Striped Shrimpfish are difficult to keep in an aquarium, unless maintained in a mature system with plenty of live rock, macro and micro algae and are only kept with like species, such as pipefish and seahorses. It will not harm ornamental invertebrates in a reef setting. They require plenty of hiding places such as caves or overhangs. The Striped Shrimpfish reacts poorly when harassed by other more aggressive fish such as blennies, wrasses, gobies, triggerfish, and porcupinefish.

When first introduced into the aquarium, live feeder shrimp should be used to entice this fish to eat. The diet should consist of small live invertebrates such as vitamin-enriched brine shrimp, baby guppies, grass shrimp, mosquito larva, and daphnia. It needs to be fed at least three times per day.