Please note: You are now making an order on behalf of a user.
Home > Marine Fish > Tassel Filefish 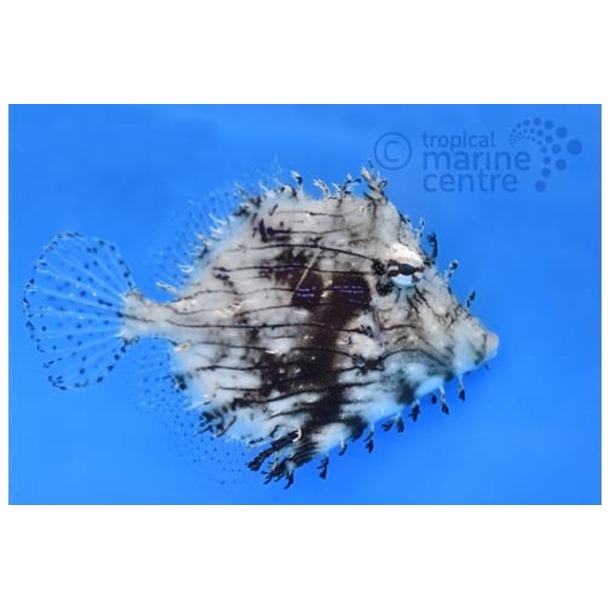 All of our livestock are only available for collection
Product Code: RNC-01381 Available To Order
Share it

Tassel Filefish also known as the Tasseled Filefish, Leafy Filefish or Prickly Leatherjacket are found from the Indo-Malayan region to Australia, north to Japan.

The Tassel Filefish is camouflaged by its light body with dark horizontal stripes. But the most notable feature of this fish are the small appendixes all over the body. Because these fish is mainly found betwee seaweed, these appendixes make a perfect camouflage.

Tassel Filefishes are usually bought because they eat aiptasia. Although this is often the case, some individuals refuse to eat this. On the other hand, it's known to pick on coral polyps and their tissue and this might be an important part of their diet in nature. So these fish are always a bit of a risk with corals. They are very friendly to other fish except their own genus though.

It is best suited for an aquarium with weedy areas, rocks, and at least one suitable shelter. They are a peaceful fish that does not bother fish tank mates, with the exception of members of its own family or related kinds.

The Tassel Filefish feeds on a diet of meaty foods including chopped shrimp, squid, clams, fish, and frozen algae and vitamin enriched foods. It should be fed no fewer than three times per day.