Please note: You are now making an order on behalf of a user.
Home > Marine Fish > Two Band Clarkii Clownfish 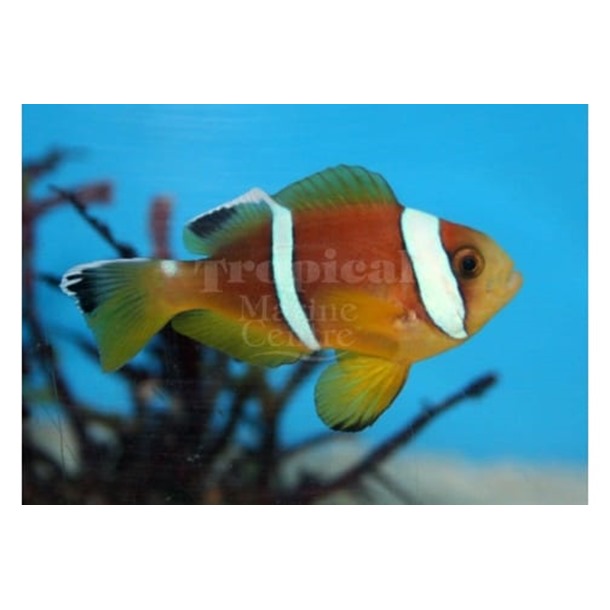 All of our livestock are only available for collection
Product Code: RNC-01305 Available To Order
Share it

The Two Band Clarkii Clownfish is a member of the Clarkii complex, they sports a mustard yellow to rusty orange colouration with two white bars located on its head and mid-body. Winning a spot among hobbyists of all levels as one of their favorite fish because of their unusual swimming pattern that makes them appear to bob up and down. The Two Band Clarkii Clownfish can live in captivity for up to 20 years.

The Two Band Clarkii Clownfish is one of the liveliest of the clowns that brings both activity and character to any saltwater aquarium. It is semi-aggressive towards other Clownfish, Damsels and passive tank mates. For this reason, it is best to introduce these fish last to the aquarium.