Please note: You are now making an order on behalf of a user.
Home > Marine Fish > Yellow Dottyback 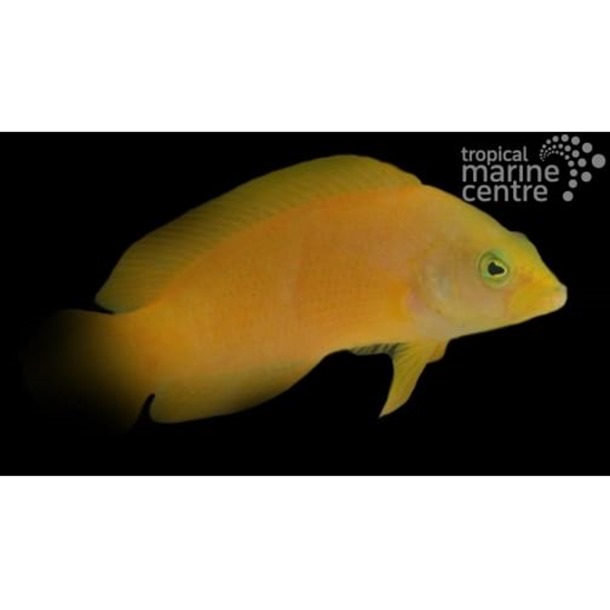 All of our livestock are only available for collection
Product Code: RNC-01177 Available To Order
Share it

Yellow Dottyback also known as the Banana Pygmy Basslet or Dusky Dottyback are found from Sri Lanka east to Vanuatu; north to Hong Kong and the Ryukyu Islands; south to the central coast of Western Australia and the southern Great Barrier Reef.

The Yellow Dottyback is big, brave, and beautiful and is a real showstopper among its genus, spending a majority of its time patrolling open areas the reef aquarium. The Yellow Dottyback's colour ranges from canary yellow to a 'dusky' purple/brown (depending on its daily diet) with dark spots in the center of each scale. This creates a subtle pattern which sometimes resembles fine lines flowing across its side.

In the wild, the Yellow Dottyback is common to lagoon reefs, tide pools, as well as in coral crevices and fore-reef slopes, feeding heavily on small fishes, as well as large zooplankters and small benthic crustaceans. The Yellow Dottyback won't be intimidated by other fish and will defend its territory, even against fish two to three times its size. It will eat small ornamental shrimp.

The diet consists of meaty foods including brine shrimp and prepared frozen foods. To achieve the brightest yellow colour possible, we recommend feeding a diet rich in vitamins.