Please note: You are now making an order on behalf of a user.
Home > Marine Fish > Yellow Spotted Scorpionfish 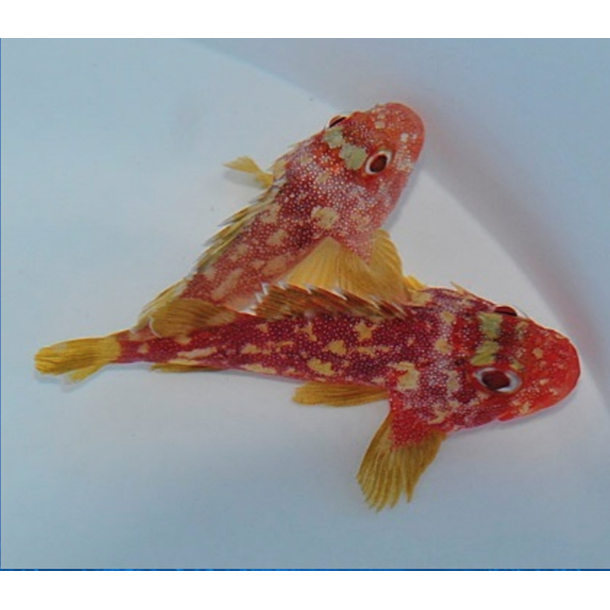 All of our livestock are only available for collection
Product Code: RNC-01447 Available To Order
Share it

Reward Points
You will earn 60 Points
This Product is Available For Pre-order!

Yellow Spotted Scorpionfish are found from the Red Sea south to Port Alfred, South Africa and east to the Line Islands, north to Ryukyu Islands, south to Samoa and Australia.

The Yellow Spotted Scorpionfish have a red to pink coloured body with yellow and white spots, the pectoral and caudal fin are yellow.

They are usually found in reef crests with rich coral growth. Typically found among the branches of hard corals in surge areas of seaward reefs.

They can be kept solitary or in small groups with other fish larger than its self. They will prey on any fish or crustaceans smaller than itself but will not harm any corals.