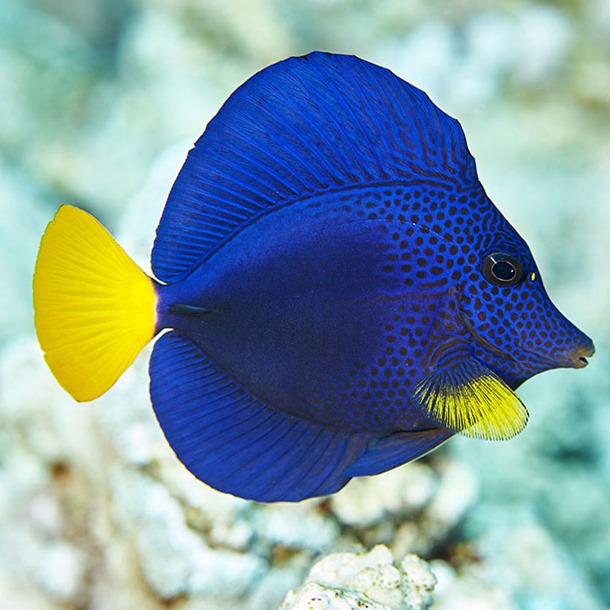 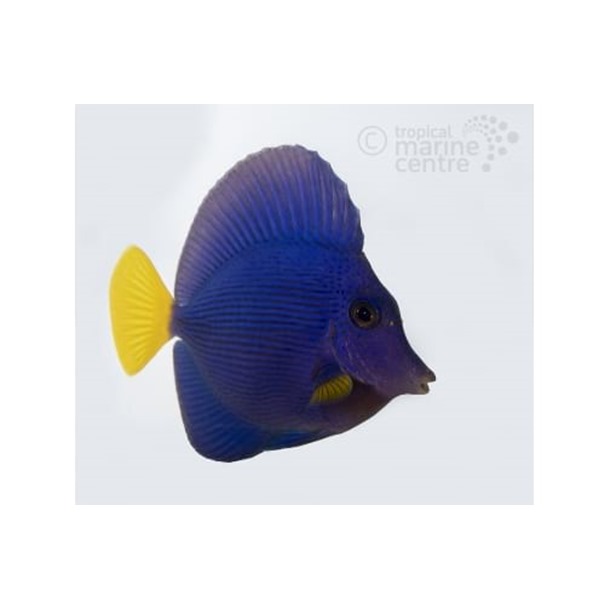 All of our livestock are only available for collection
Product Code: RNC-00934  Available To Order
Share it

Reward Points
You will earn 148 Points
Select option:
This Product is Available For Pre-order!

The Yellow Tail Purple Sailfin Tang is blue to purple in colour with a yellow tail and yellow accents on the pectoral fins. This fish was formally known only to the coral reefs of the Red Sea, but it is now found in the Arabian Sea, the Gulf of Aden and in the waters off Sri Lanka as well. It usually lives singly, but can occasionally be found in schools in the southern Red Sea.

The Yellow Tail Purple Tang is one of the most prized specimens of all saltwater fish for its colouration, and one of the most popular Tangs for the reef aquarium. If housed properly, it is a rewarding and attractive addition to any large fish-only tank, or reef aquarium. If keeping them, be sure to provide good lighting, lots of free-swimming space and plenty of potential hiding spots. They can be aggressive and do not fare well with tank mates of similar body shape, especially other Sailfin Tangs of the genus Zebrasoma.

Although Tangs will eat meaty foods along with the other fish in the aquarium, it is important that they are offered plenty of marine-based seaweed and algae. This will strengthen their immune system, reduce aggression, and improve their overall health. Offer dried seaweed tied to a rock or use a veggie clip, and feed at least 3 times per week.