Please note: You are now making an order on behalf of a user.
Home > Reactors > Deltec Twin Tech Calcium Reactor 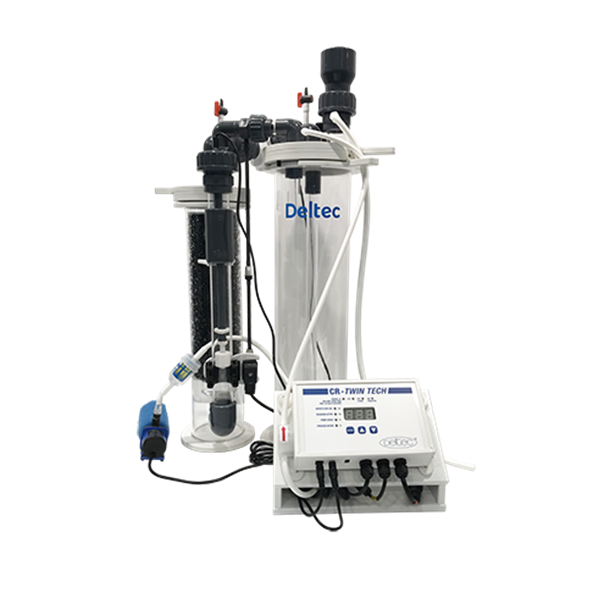 Reward Points
You will earn 1984 Points
Select option:
Add to My Save List
Close

Introducing the latest generation Deltec Twin-Tech Calcium Reactor, introduced by Reefbuilders as the “Supercar of Calcium Reactors” Calcium reactors still remain the easiest and most stable method for making additions to the reef aquarium, requiring little testing to keep the system in balance.

This latest generation reactor operates on the principle of total CO2 saturation by the continuous recirculating of the water in the reactor through a large bubble of gas. The CO2 dissolves in the water until it is fully saturated, which occurs at a very low pH, at which point no further gas can be dissolved until additional water is added to the reactor. The whole process is controlled automatically by the digital controller and float switch in the gas chamber. As the CO2 bubble dissolves in the water, the water level rises, which raises the float switch and triggers the solenoid valve to add more gas to replenish the bubble.

The innovative Twin-Tech reactor has several unique features providing simplicity of control but also relating to the way that the system feeds the reactor with water from the aquarium. The smart controller on the Twin-Tech uses a built-in flow meter to accurately measure the volume of water passing into the reactor, information it uses to control a standard DC feed pump. This feature allows the user to know exactly how much reactor effluent, in litres, is being added to the aquarium within each 24-hour period, which is shown on a large LCD display in the centre of the controller. The water flow can be adjusted by the user between 10 and 350lt per day simply by pressing two up and down buttons on the panel.

The reactor as standard consists of the following items: 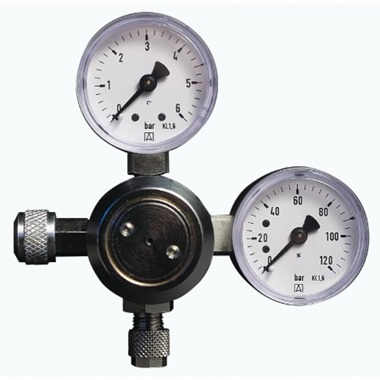