Please note: You are now making an order on behalf of a user.
Home > Marine Fish > Eilbl's Dwarf Angel Fish 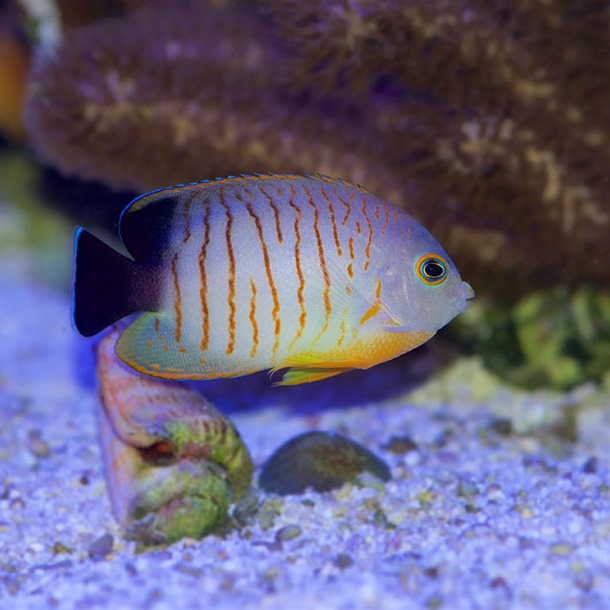 All of our livestock are only available for collection
Product Code: RNC-00452 In Stock
Share it

Reward Points
You will earn 57 Points
Select option:
Add to My Save List
Close

The Eibls Dwarf Angel Fish has a  pearlescent body that is highlighted with several vertical, evenly-spaced orange to red stripes. The very back of the body and caudal fin are black. A brilliant sapphire-blue stripe outlines the caudal fin.

It may occasionally nip at sessile invertebrates and clam mantles. There are no distinguishing characteristics that help differentiate males from females.

The diet of the Red Stripe Angelfish should include marine algae, mysis or frozen shrimp, and chopped meaty foods.