Please note: You are now making an order on behalf of a user.
Home > Marine Fish > Jade Wrasse 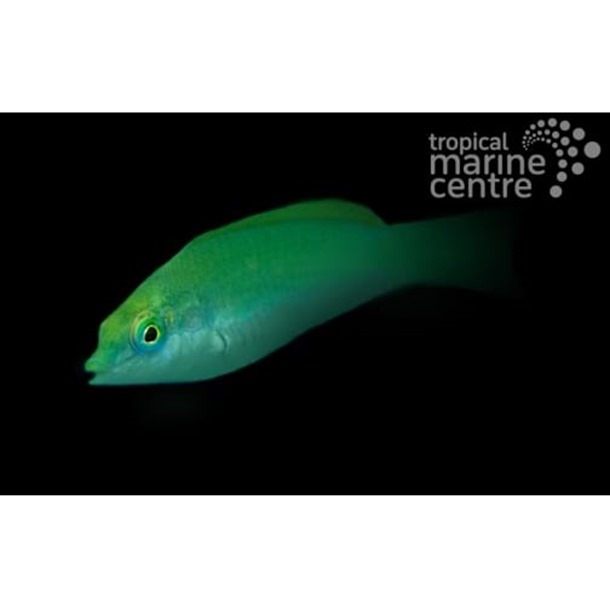 All of our livestock are only available for collection
Product Code: RNC-01767 Available To Order
Share it

Jade Wrasse also known as the Pastel Green Wrasse, Green Wrasse or Green Coris are found from the Philippines to the Great Barrier Reef.

The ideal setup for the Jade Wrasse will be a well-established saltwater aquarium of at least 75 gallons in size with a tight-fitting lid. Aquascape liberally with live rock, providing ample nooks and crannies for your Jade Wrasse to explore, seek refuge, or forage for food. Be sure to include a large area of open substrate as well as open spaces for swimming. A sandy substrate layer 2-3 inches in depth is essential to provide shelter for the Jade Wrasse as it burrows into the sand for the evening or when frightened. House the Jade Wrasse with other peaceful wrasses, including members of its own species.