Please note: You are now making an order on behalf of a user.
Home > Marine Fish > McCosker's Flasher Wrasse 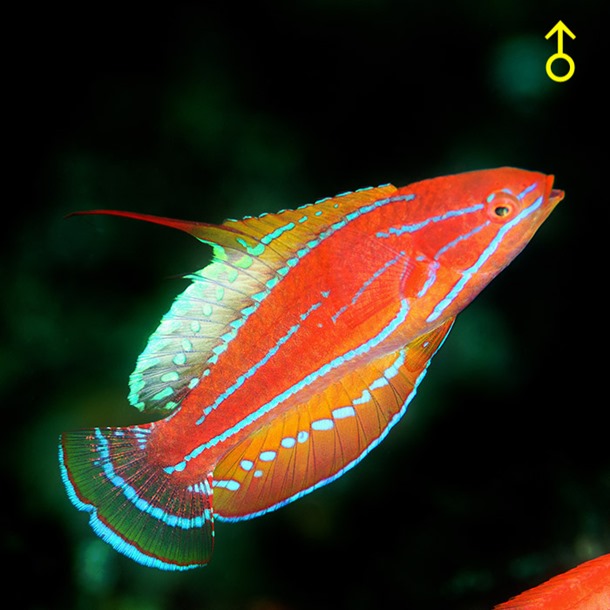 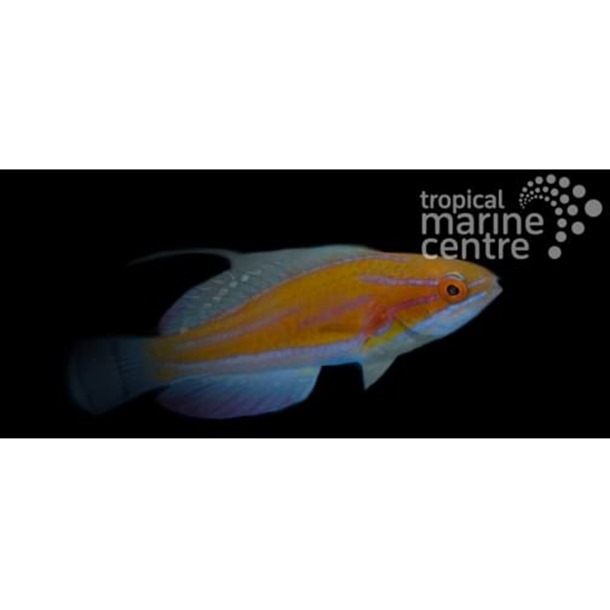 All of our livestock are only available for collection
Product Code: RNC-01800  In Stock
Share it

Reward Points
You will earn 48 Points
Select option:
Add to My Save List
Close

McCosker's Flasher Wrasse also known as the Blue Stripe Dwarf Parrot are found from the western Indian Ocean to Fiji.

The McCosker's Flasher Wrasse requires a 55 gallon aquarium (or larger) with a tight-fitting lid since it is a jumper. Often found along reef slopes and rubble zones, the McCosker's Flasher Wrasse will often swim near the bottom and tends to form small groups where a male swims back and forth between groups of females. The colors of an adult male intensifies during courtship and he may flare or "flash" his fins to attract females. We recommend only one male per aquarium display.