Please note: You are now making an order on behalf of a user.
Home > Marine Fish > Mimic Filefish 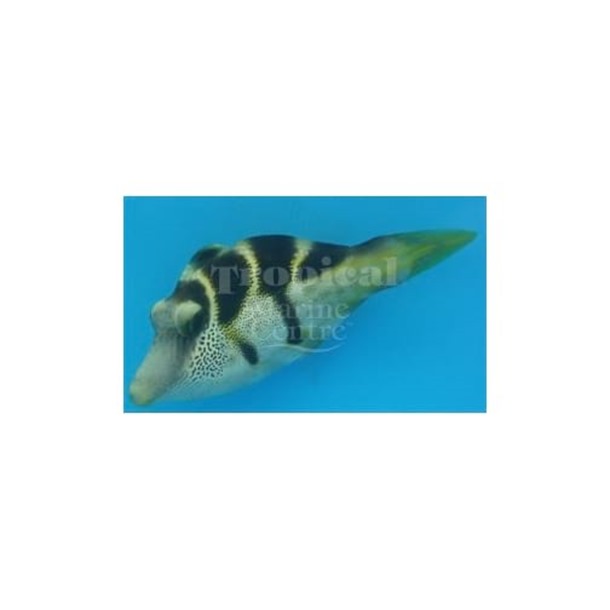 All of our livestock are only available for collection
Product Code: RNC-01377 In Stock
Share it

Reward Points
You will earn 36 Points
Select option:
Add to My Save List
Close

The Mimic Filefish is a filefish that has developed its body shape and colouration to mimic the appearance of the Valentini Toby Puffer (C.valentini). By copying these puffers, they appear to would be predators that they are an unpalatable meal. They are an interesting looking fish with dark brown bands across the midsection, brownish-orange spotting on the lower half, yellow fins, and blue striping running along the back. It lacks pelvic fins, but has learned to use the pectoral fins to move about the aquarium.

They are rarely aggressive toward other fish except those of its own genus.

They are generally reef safe, however it is possible that they may nip some coral polyps.