Please note: You are now making an order on behalf of a user.
Home > Marine Fish > Saffron Clown Goby 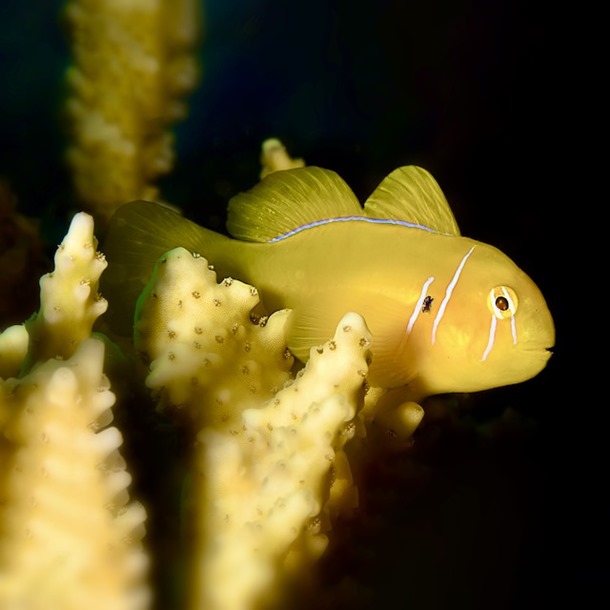 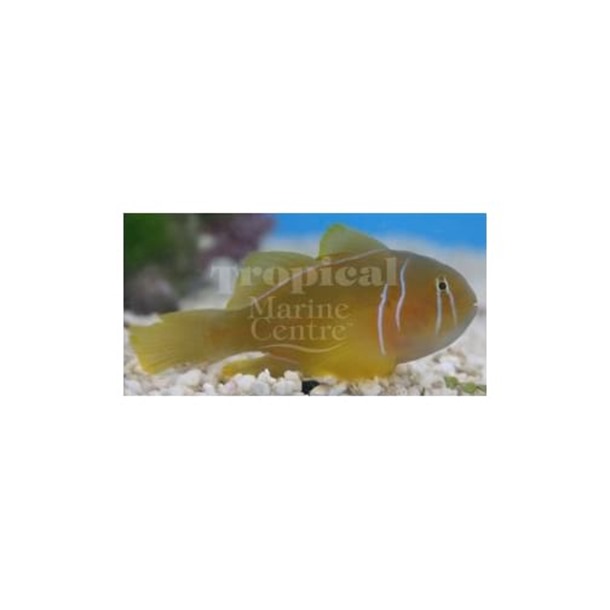 All of our livestock are only available for collection
Product Code: RNC-01695 Available To Order
Share it

Saffron Clown Goby also known as the Citrinis Clown Goby, Citron Goby or Citrin Goby are found from the Red Sea south to Delagoa Bay, Mozambique and east to Samoa, north to southern Japan, south to the Great Barrier Reef.

The Saffron Clown Goby is common within the reefs of Sri Lanka and the Coral Sea. They are usually found among soft and hard coral colonies. They are a small yellow fish with blue vertical lines around the eyes and gills, and a blue horizontal line along the dorsal fin. Their body colour can vary between dark brown and pale yellow. They are a peaceful fish that makes a wonderful addition to a reef aquarium containing colonies of polyp coral and other soft corals, as they enjoy swimming and hiding amongst the polyps.

It requires a 50 L or larger aquarium and prefers branched corals, often resting on them for hours at a time. It will rarely become aggressive towards other fish, but will fight with its own kind in smaller tanks. It is best if it is kept with other docile species.

It is common for clown gobies to spawn in an aquarium. Caution should be exercised if the aquarium contains Acropora sp. or similar SPS corals. They will lay their eggs on the underside of the coral's branch, which will cause tissue recession in that area of the coral.