Please note: You are now making an order on behalf of a user.
Home > Marine Fish > African Clown Wrasse 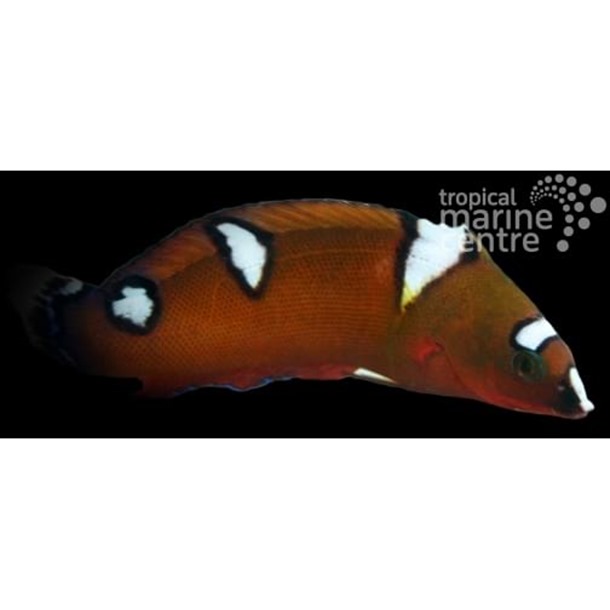 All of our livestock are only available for collection
Product Code: RNC-01734 Available To Order
Share it

African Clown Wrasse also knonw as the African Coris or Cuvieri Coris are found from the Red Sea and along the southern Arabian Peninsula south to Zanzibar and South Africa and east to the Laccadive Archipelago, Chagos Archipelago, Maldives, Sri Lanka, and the Similan Islands, eastern Andaman Sea.

The African Clown Wrasse juveniles are have a reddish brown body colour with white bands over its back edged in thick dark margins. Adults are a deep reddish green with green markings on the face.