Please note: You are now making an order on behalf of a user.
Home > Marine Fish > Blue Spot Shrimp Goby 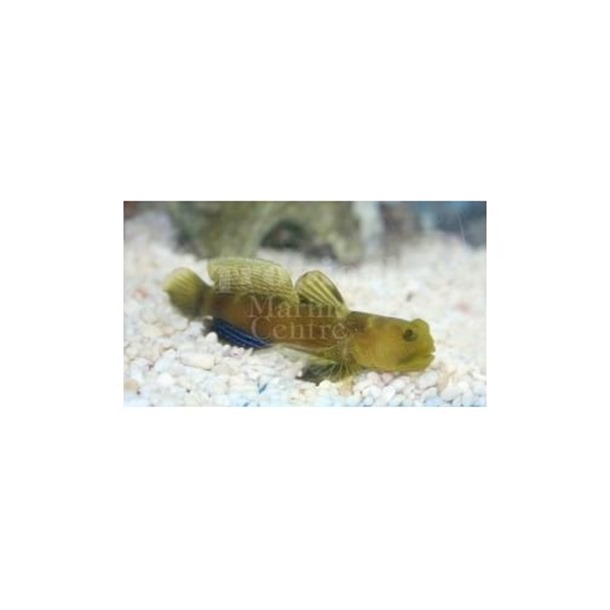 All of our livestock are only available for collection
Product Code: RNC-01652 Available To Order
Share it

The Blue Spot Shrimp Goby have two colour phases. The first has an orange head with blue spots, the body is orange with red bands, and the dorsal fin has black spots. The second phase is olive drab with blue spots.

It should be housed in a 30 gallon or larger aquarium with plenty of loose coral rubble. It requires ample swimming room and a sand bottom for burrowing. Rarely will it become aggressive towards other fish, but it is territorial, and will fight with its own kind unless they are a mated pair. It may also be aggressive towards smaller ornamental shrimp. The aquarium requires a tight-fitting cover to prevent it from jumping out.

The Blue Spot Shrimp Goby feeds mostly on prey suspended in the water column but will pick food off the substrate. The diet should include mysis shrimp, brine shrimp, and table shrimp. It should be fed at least three times per day.