Please note: You are now making an order on behalf of a user.
Home > Marine Fish > Dracula Shrimp Goby 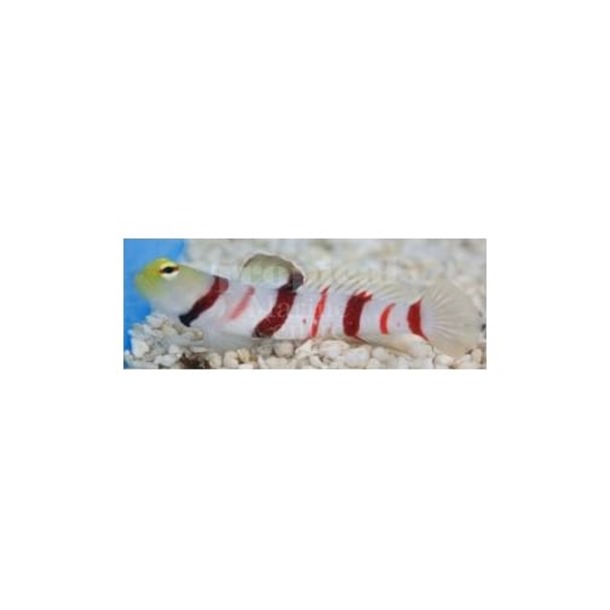 Reward Points
You will earn 142 Points
Select option:
Add to My Save List
Close

Dracula Goby also known as the Dracula Shrimp Goby are found on relatively shallow reefs of the Indian Ocean and the Maldives, the Dracula Goby inhabit open sand areas dotted with rubble near the base of reef structures where they usually burrow in partnership with a Pistol Shrimp.

The Dracula Goby is prized for its unusual and beautiful, stark colouration. Its body is a pure white, rarely seen in the aquarium hobby. But it is the thick bands of deep oxblood red, alternated with thinner stripes of reddish-orange, that place Dracula Goby in a class of elegance wholly its own.

Like other Shrimp Gobies in the Gobiidae family, the Dracula Goby digs shallow burrows in sandy substrate and seldom strays far from its claimed territory. Instead, most prefer to perch on the sand just outside or hover in the water column directly above the burrow entrance.

Feed these carnivores a varied diet of mysis shrimp and other chopped frozen meaty foods, and suitable flake and pellet foods. Most gobies do best when fed multiple small meals throughout the day. To best recreate natural feeding conditions, it is best to place the food in the outflow of a water pump or wavemaker so it actively disperses into the water column.