Please note: You are now making an order on behalf of a user.
Home > Marine Fish > Paradise Shrimp Goby 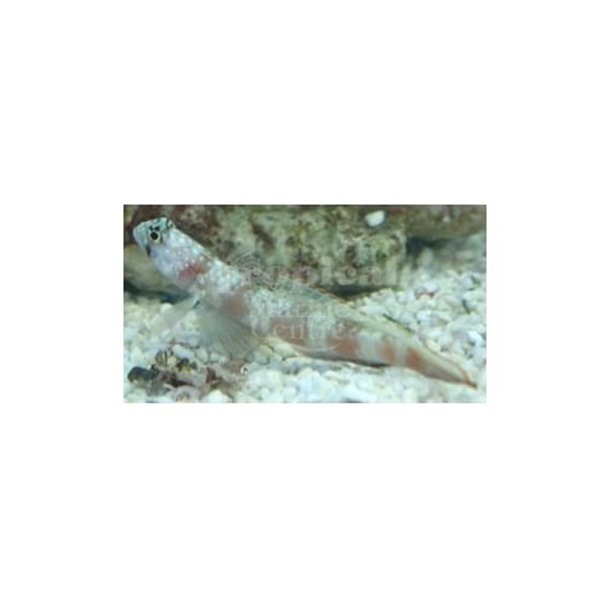 All of our livestock are only available for collection
Product Code: RNC-01657 Available To Order
Share it

Paradise Shrimp Goby also known as the Paradise Goby, Wide Barred Shrimp Goby or Metallic Shrimp Goby are found from the Gulf of Thailand, the Philippines, and Bali, Indonesia.

The Paradise Shrimp Goby originates within the rubble zones of the Indo Pacific, and is usually found in association with a pistol shrimp. This species is elongated in shape, is adorned with brown bars, and the fins are speckled in brown and blue. They are a peaceful species that will inhabit a small cave in which they will normally not venture far from. These gobies may form a symbiotic relationship with a pistol shrimp.

The Paradise Shrimp Goby should be kept in a 10-gallon or larger aquarium with a sand covered bottom to make burrows in. It prefers to have peaceful tank mates and plenty of hiding places. If incorporating them in small groups or pairs they will need to be introduced to the aquarium simultaneously.

The Paradise Shrimp Goby's diet should consist of a variety of fresh or frozen chopped seafood, and brine and mysis shrimp. It should be offered food at least daily.